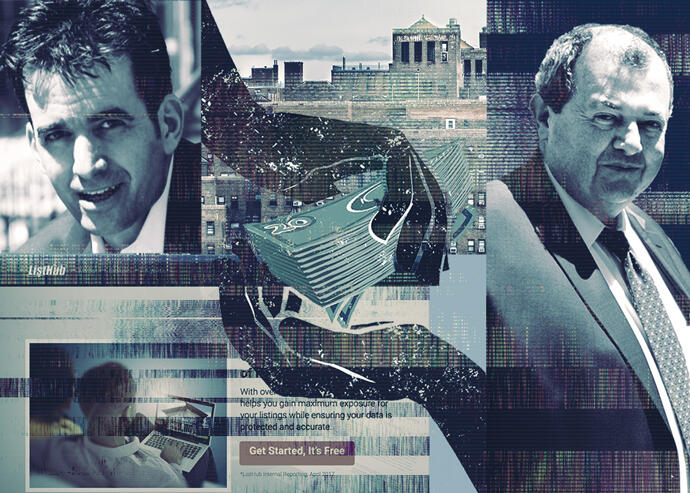 The Real Estate Board of New York will now charge consumer-facing portals $3,000 a year, or $250 a month, for its syndicated listing feed.

The change comes after the trade organization began offering syndication — sending listings out to brokerages and consumer websites — at no cost in 2017.

So why now? REBNY needed to offset the building and maintenance costs to run the Residential Listing Service and address the thousands of inquiries that the platform receives, a representative said. The organization declined to specify how much it spends on these costs each year.

The move comes as REBNY attempts to build out a consumer-facing side of its RLS. The group struck a deal with residential technology platform Homesnap to launch this year, as The Real Deal previously reported. The trade organization has also been working to clean up data on the platform, and last year implemented fines for inaccurate information or listings that violate discrimination laws.

Like other MLSs across the country, the RLS chose to have vendors pay a nominal fee as it spends more to “improve our data quality and transmissions standards,” said Clelia Peters, RLS co-chair and president of Warburg Realty.

REBNY has more than 37,000 active listings and brokers have the option to place their listings with 14 portals through the RLS Direct Network or 80 websites through ListHub.

Sites like Apartments.com, Realtor.com and other portals can expect to begin paying the fees sometime this year. Most of the responses have been positive, the REBNY representative said.

A representative for Realtor.com said in a statement that the company will continue to work with industry members regardless, citing an understanding of the challenges that come with data feeds and distribution when operating an MLS.

But not everyone is on board.

Phil Horigan, founder of Leasebreak, a New York-based short-term rental marketplace, sent an e-blast Thursday condemning the fee. He called it “destructive” and argued that smaller websites might think twice before deciding to use the RLS integration system.

“This decision could stifle innovation and lessen the competition to reach more consumers,” Horigan said in the e-blast. He added that it could result in a loss of thousands of free leads to agents.

A REBNY representative argued that the decision has nothing to do with agents and brokers. Several other industry leaders responded to Horigan’s e-blast with backlash.

“Why would it not be reasonable for the RLS to charge fees to companies that profit from the data supplied by the RLS?” Kliegerman wrote in an email to Horigan seen by The Real Deal. “Attacking the RLS like this when your company profits from the information supplied by our industry is beyond appalling.”

In response, Horigan said, “As agents know, we are 100 percent free to post and all leads go to agents for free.”