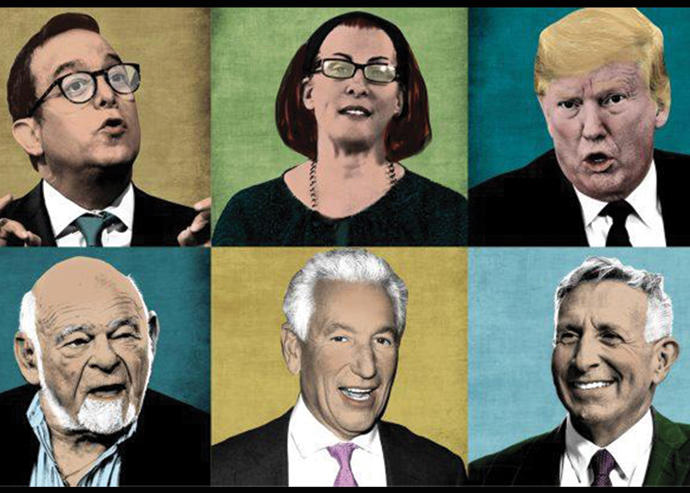 Say what? Some eye-popping comments from real estate execs Real estate heavy hitters are nothing if not passionate about their business. But that can sometimes lead them to say things that raise eyebrows outside their rarefied circles.

From Lightstone’s David Lichtenstein’s hyperbolic comments on Amazon’s pullout to Equity Group Investments’ Sam Zell’s unfortunately worded explanation of how his firm promotes women, many industry players have strong opinions and aren’t afraid to express them — even when it might be better not to.

The phenomenon of real estate players expressing in public things that are probably better said among themselves — if at all — has been going on for years. But it reached new heights in the past year after progressive politicians and a souring public mood delivered a series of major disappointments to a sector used to getting its way.

As the industry confronts a costly political backlash and struggles to avoid being cast as the villain in every public debate, it might pay to consider the extent to which real estate insiders’ own words may have contributed to the problem.

Here are just a few of the cringeworthy things real estate players have said over the years — some at industry conferences, some to other media, some as unsolicited comments tossed over the transom, but many in on-the-record interviews with TRD reporters. (Photo-illustrations by Isabel Espanol)