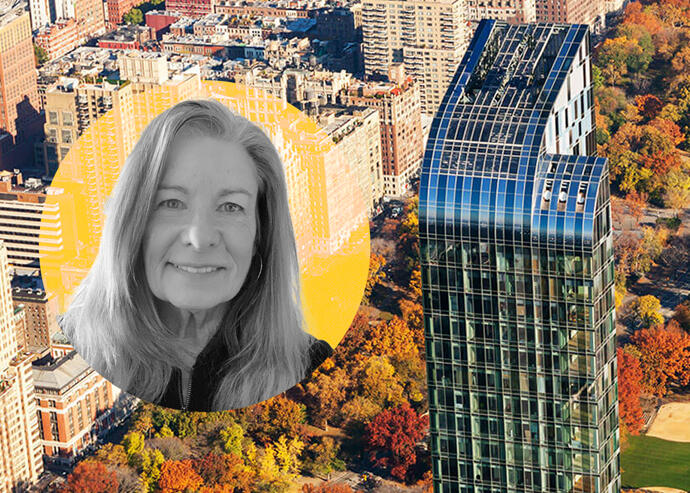 Who says a career in teaching won’t buy you a luxury Manhattan apartment?

Signs point to Colgate University professor Caroline Keating as the new owner of a $16.8 million condo in Extell Development’s One57 skyscraper.

Records show that Keating is the owner of a home in New Woodstock that shares the same address as the entity that closed the One57 deal on March 26.

The previous owner of the New Woodstock home — which is less than half an hour away from the Colgate University campus — was Gregory Keating, Caroline’s late husband.

Keating teaches seminars on social bonds, cross cultural development, nonverbal communication and other psychology-related courses, according to her university page. Beyond the classroom, Keating has discussed her research on Dateline NBC, the Oprah Winfrey Show and Good Morning America.

She did not respond to requests for comment, and the attorney representing the buyer’s entity declined to comment.

The 4,193-square-foot condo has three bedrooms and three-and-a-half bathrooms. It features floor-to-ceiling windows that stretch at 11-feet tall and boast views of Central Park to the north and downtown to the south.

The unit sold for 15.4 percent below its last asking price. Extell first listed the condo at about $24 million in July 2020, before it was chopped to $20 million in January. It went under contract on Feb. 2. The deal works out to $4,017 per square foot.

Compass’ Kyle Blackmon, the seller’s agent, did not immediately respond to a request for comment.

The ultra-luxury skyscraper, which was designed by French architect Christian de Portzamparc, is facing a far different market than when sales first launched. The building was once home to the most expensive sale in Manhattan, after Michael Dell purchased a penthouse for $100.5 million in 2015.

Fast forward to January 2021, and One57 set new records: A unit sold for more than 50 percent below its previous purchase price, a record resale loss at the tower. It followed a string of resale losses at the building, which Extell Chairman Gary Barnett has previously said do not represent a “real-world price.” The latest resale was sold by an estate and another three were tied to HNA Group, a once high-flying Chinese conglomerate that sold its real estate holdings in a fire sale.