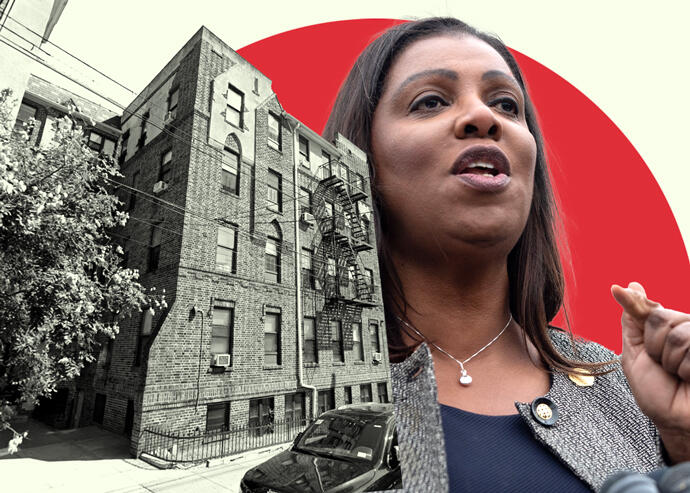 New York City’s chief lawyer and the state’s attorney general have joined a nonprofit housing corporation’s fight over ownership of a multifamily building in Brooklyn.

RiseBoro Community Partnership is appealing a court decision that blocks it from taking ownership of 420 Stockholm Street in Bushwick, The City reported.

Under the LIHTC program, investors will later sell buildings to their nonprofit partners at a low cost as a way to preserve affordable housing. In this case, RiseBoro expected to take full ownership of the property after 15 years — but when the time came, SunAmerica wouldn’t budge.

Letting SunAmerica take possession of the Bushwick building contradicts the history of the program, thereby threatening the future of the tax break, according to New York City Corporation Counsel’s James Johnson. “For private investors to try and skew the terms of this affordable housing program for their own financial gain is as harmful as it is unethical,” Johnson said. State Attorney General Letitia James has joined the lawsuit.

Emily Kurtz, vice president of housing at RiseBoro, told the publication that an agreement between SunAmerica and RiseBoro ensures the building will maintain its affordability until 2030. If the building isn’t in the hands of the nonprofit at that point, she said, “there could potentially be a loss of affordability.”

The tax credit program, enacted by Congress in 1986, has helped create 3.2 million affordable housing units through 2018, according to the U.S. Department of Housing and Urban Development.

Meanwhile, RiseBoro’s attorney says the nonprofit is unable to complete repairs at the Brooklyn property because of the ongoing lawsuit. [The City] — Orion Jones