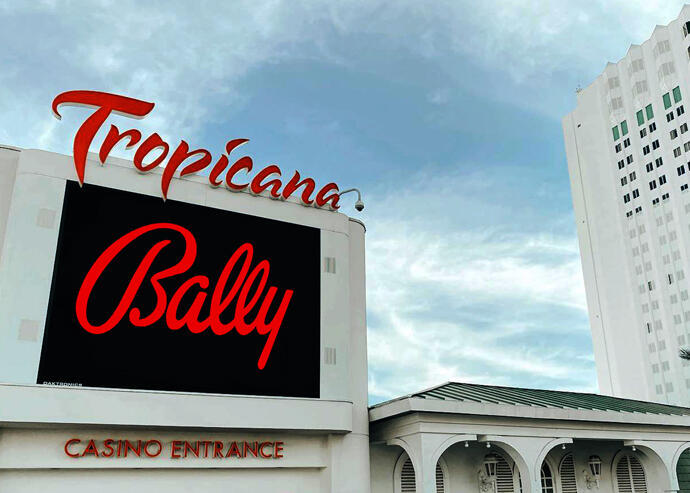 Bally’s is making a bet on the Tropicana Hotel & Casino in Las Vegas.

Bally’s agreed to buy the operations business for the hotel and casino, while the REIT Gaming & Leisure would retain its ownership of the property itself and continue to collect rent, Bloomberg News reported.

Bally’s has been on an acquisition streak lately, having recently struck a $2.7 billion deal to buy online gaming company Gamesys Group Plc. But this would be the Rhode Island-based gaming company’s first operation in Las Vegas. Chairman Soohyung Kim said the firm would likely remodel the property, adding slot machines and putting up new signage.

“It’s hard to be a national player in gaming without a casino [in Las Vegas],” Kim said. “It’s a tried and true pathway that companies like Caesars and MGM have proven.”

Kim is the founding partner at Standard General, a New York-based hedge fund that is Bally’s largest shareholder. With its latest acquisitions, it will have properties in 11 states.

The casino and gambling industry is going through a major period of change. The Supreme Court struck down a federal ban on sports betting in 2018, leading many gambling companies to rush to break into the market.

New York legalized sports betting and developers have lobbied hard to convince state legislators to allow a casino in Manhattan.

Earlier this year, Sands Corp. sold all three of its Las Vegas properties for $6 billion as part of a pivot to its Asian market, although it’s unclear what role if any the pandemic had on the decision to exit the market.