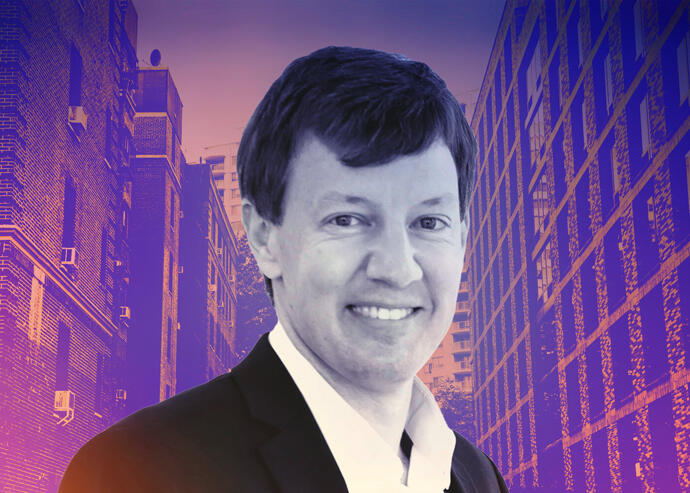 A&E Real Estate has tapped James Patchett, the former president and CEO of the NYC Economic Development Corporation, as its next CEO, the company announced. His arrival at A&E coincides with what the real estate firm says will be a major expansion of its portfolio — already one of the city’s largest with 15,000 apartments.

“James has spent virtually his entire career getting to know the unique rhythms and defining characteristics of New York City’s individual neighborhoods,” A&E founder Douglas Eisenberg said in a statement. “His expertise — alongside our fully-integrated team and new fund — gives us the capacity to grow quickly and in new ways.”

Patchett left EDC in March, and at the time, the city noted that he was pursuing opportunities in the private sector. It’s

A&E is a relative newcomer to the city’s multifamily market; it was founded by Eisenberg in 2011, and has since grown to rival incumbents like LeFrak and Related Companies in terms of its real estate footprint. It’s done so by following the model of other multifamily firms: by buying older, often rent-stabilized buildings in need of upgrades. Its major deals include the acquisition of a 32-building portfolio from Dermot in 2015.

But the firm is aiming to shake up its strategy, targeting new asset types and the acquisition of development rights on sites that are currently part of its portfolio. It plans to launch a $1 billion fund to make that happen.

Patchett’s experience at EDC will help with A&E’s larger development goals; he was involved in some of the biggest (and most controversial) real estate projects of the past decade, including the Bedford-Union Armory redevelopment, the creation of the Union Square Tech Hub and the expansion of the Brooklyn Army Terminal. But his tenure was marked by some big disappointments — namely, the loss of Amazon’s proposed HQ2 in Long Island City.

“I was immediately drawn to A&E given its commitment and track record when it comes to enhancing communities and providing residents with the best in workforce housing,” Patchett said in a statement. “We see the same opportunity in the city’s recovery, and we want to be a part of investing in the future of the middle class and the neighborhoods in which they live and work.”

Patchett’s old boss, former deputy mayor Alicia Glen, made a similar move from the public sector to real estate when she left the de Blasio administration in 2019. Last year, she founded a new real estate firm, Msquared. Patchett — who worked for her at Goldman Sachs’ urban investment group and then City Hall — did not follow her to that firm.