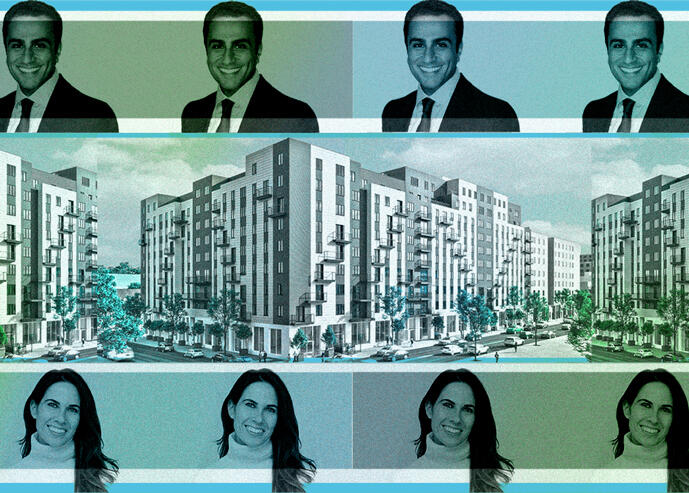 A massive condo project at the site of the former Cascade Linen factory has sewed up $105 million in financing.

Cascade is being developed by Abraham Brach’s Signature Acquisitions, Isaac Deutsch’s Empire State Management and Nachman Leibowitz on the border of Williamsburg and Bedford-Stuyvestant. The condo complex consists of seven buildings organized as a courtyard-style megablock along Stockton Street, and Myrtle and Marcy avenues. It has 67,700 square feet of commercial and community space and one of the buildings contains affordable rental units. Condo prices range from about $780,000 to just under $3 million, offering plans show.

Within the assemblage, three condo buildings are completed and fully sold, according to two sources with knowledge of the project. Two buildings, including the rental, are still under construction, and the remaining two condos are completed and being marketed, one source said.

Madison Realty Capital loaned the developers $88 million for the first phase of construction in 2017. The lender supplied an additional $100 million the next year for the second phase. G4’s package refinances the balance on the prior debt, sources confirmed.

“We are excited to be part of this transformational project and look forward to seeing it through to fruition,” Robert Palumbo, G4’s managing director, said in a statement. He handled the deal along with co-managing principals Jason Behfarin and Robyn Sorid.