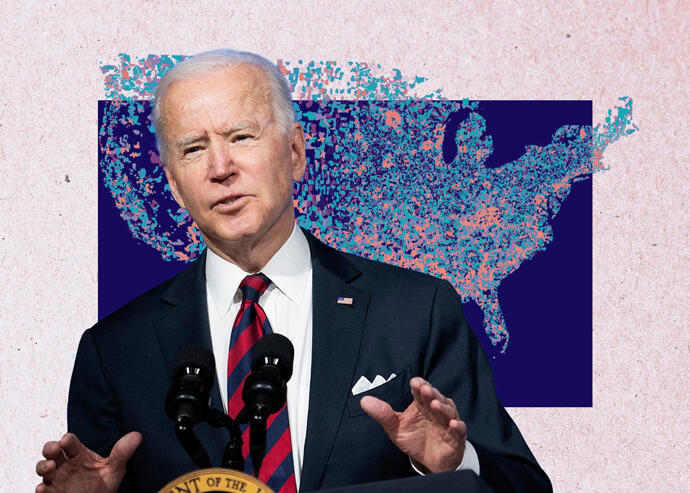 A Trump-era tax incentive was meant to drive investment into parts of the country that were struggling economically. Spoiler alert: It didn’t, and President Joe Biden’s administration is weighing what it wants to do about the program.

For a recently released study on the program, researchers at the University of California, Berkeley, looked at 2019 investment figures for the 8,000 census tracts designated by state officials as Opportunity Zones. They found that only 16 percent received any investment that year, the New York Times reported.

Most of the capital was concentrated in a handful of zones, with rural areas receiving little to no investment. Investors instead focused on real estate, construction and finance, largely in areas with fewer elderly and non-white residents and higher incomes, the publication reported.

It’s not the first study to come to this conclusion: In 2020, an analysis from the Urban Institute found that Opportunity Zones have largely failed to promote investment in local small businesses, create new jobs or boost the development of affordable housing in low-income neighborhoods across the United States.

The opportunity zone program was a part of Trump’s 2017 tax overhaul, which the Biden administration vowed to reform, according to the publication. The question now is: How?

Proponents of the program suggest that Trump-era regulations will pave the way for larger and more diverse investments in the forthcoming years. But both critics and supporters say the Biden administration should work with Congress to pass legislation to remedy its current issues, and drive investment into the areas that currently aren’t benefiting from the program — rural, suburban and urban areas that have seen little investment.

A group of businesses, including Opportunity Zone investors, even sent a letter to the Biden administration recently, pushing for measures that include more transparent reporting and working with the Treasury Department on funding impoverished areas.

On the campaign trail, Biden promised to improve the zones by requiring more disclosure by investors to track their effects on the communities they’re meant to help, the publication reported.

So far, the Treasury Department has issued a regulation governing the zones, though the process has stalled as the White House prioritizes other initiatives, including a $2.3 trillion infrastructure package.