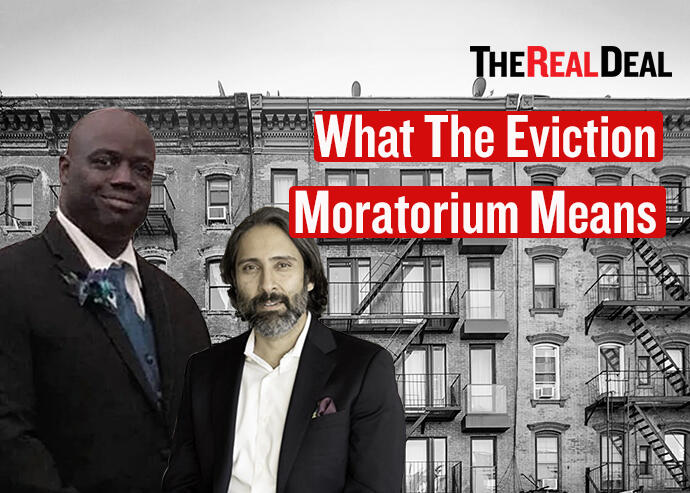 WATCH: How the eviction ban is affecting landlords, renters

New York’s eviction moratorium has saved some from ruin, but threatens to cause it for others.

The moratorium, which has stretched on for 13 months, isn’t the only of its kind: The Centers for Disease Control and Prevention announced its own national eviction moratorium last September which, like New York’s, has been repeatedly extended. And the state moratorium’s most recent expiration date was May 1, but this week lawmakers voted to extend it to Aug. 31.

The moratoriums have been a point of contention. Some tenant advocates say that while the ban on evictions is needed, rental aid doesn’t go far enough. Meanwhile, some landlords have been vocal in their opposition to the state and federal moratoriums. Some say their tenants have taken advantage of the system, while smaller landlords say nonpayment from tenants has made it difficult to meet mortgage payments.

In a recent video series, The Real Deal looked at what the moratorium has meant for both sides.

While property owners dispute it and even question its constitutionality, tenant advocates and researchers said that CDC’s moratorium is necessary during a pandemic. From the risk of coronavirus spread among unhoused people to the impossibility of navigating the housing court system during a lockdown, lawyers, epidemiologists and advocates found that the moratoriums were not only helpful but life-saving.

The CDC’s moratorium is set to expire June 30. While states with their own eviction moratoriums in place may have differing deadlines, landlords and tenants alike are wondering what’s next.