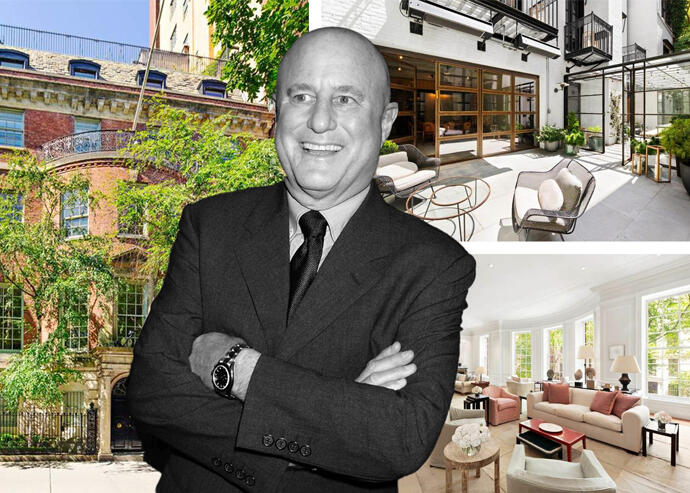 The billionaire business has officially listed his townhouse at 36 East 63rd Street after months of quietly shopping the home, the New York Post reported.

It’s coming onto the market with a price cut: The townhouse was previously asking $65 million, or could be purchased along with a smaller connected townhouse for $75 million. Now, the property is for sale on its own for $60 million.

The townhouse was once Perelman’s primary residence.

The nearly 16,000-square-foot property was built in 1930, and once served as a private club for aviators, known as the Hangar Club. It has 10 bedrooms and more than 10 bathrooms across its three floors, along with plush perks like a private screening room, a home gym, a wine cellar and a landscaped roof.

The adjacent townhouse is not publicly listed, but according to the Post, a buyer of the main townhouse could potentially scoop up the second structure for an additional cost. Serena Boardman of Sotheby’s remains the broker for the property.

Perelman, who leads the firm MacAndrews & Forbes, has also sold off a number of other personal assets, including jet airplanes, yachts and parts of his art collection. Perelman is also reportedly shopping his East Hampton estate for $180 million as a whisper listing, but has denied reports that it was on the market.

And recently, Citigroup sold loans secured by three of Perelman’s Upper East Side properties at a discount of approximately 40 percent.