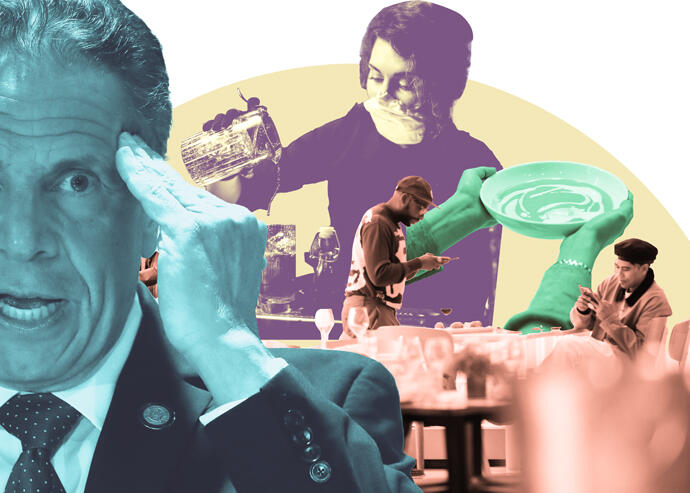 New York City restaurateurs can breathe a sigh of relief: The rules for indoor dining in the five boroughs will finally match those of the rest of the state.

Gov. Andrew Cuomo announced Friday that starting May 7, indoor dining capacity for NYC restaurants will be raised to 75 percent. Restaurants outside of the city have been able to operate at 75 percent capacity since March 19.

“After a long and incredibly difficult fight, New York state is winning the war against COVID-19, and that means it’s time to loosen some restrictions put in place to protect the public health and help our local businesses,” Cuomo said in a statement.

The move will also affect hair salons, barber shops and other personal care services, which can expand to 75 percent capacity on the same date. New York City gyms and fitness centers will expand to 50 percent capacity beginning May 15.

Andrew Rigie, the executive director of the NYC Hospitality Alliance, called the move a “shot of optimism” for small business owners and their workers.

The announcement comes one day after Mayor Bill de Blasio announced that city businesses would be back up and running in full by July 1. In a press conference following de Blasio’s remarks, Cuomo disagreed, saying “I don’t want to wait that long.” But he did not project when businesses could return to fully reopen.

Other limitations will also be eased next month. The midnight curfew for restaurants will end on May 17 for outdoor dining and May 31 for indoor dining. Offices can also return to 75 percent capacity on May 15.