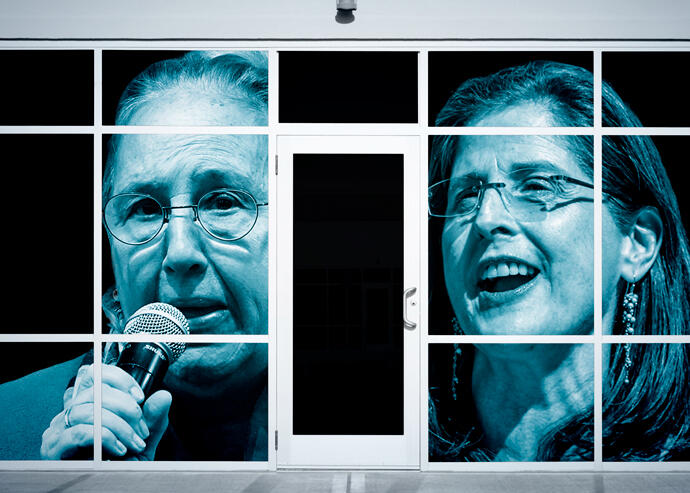 A new bill seeks to reform the lease renewal process for retailers by giving businesses the opportunity to extend their leases — regardless of what their landlord says.

The City Council bill, introduced by Helen Rosenthal, a Manhattan Democrat, would mandate that for leases greater than one year, landlords notify tenants whether or not they intend to renew 120 days before it expires. If the landlord declines to renew, tenants will have the one-time option to extend the lease by up to one year with a rent increase of no more than 10 percent, as long as they have not previously breached the lease. This applies even if the landlord already has a new tenant lined up, although the current tenant may stay for only 90 days instead of the full year.

If a landlord fails to give a tenant the required notice, the amount they can raise rent during that one-year extension can drop to as low as 7 percent.

“Covid-19 continues to exacerbate the chronic struggles small businesses face and we must act creatively and boldly to establish new rights and protections for them that puts them in a better negotiating position with a right to renew their leases,” Manhattan Borough President Gale Brewer, who supports the bill, said in a statement.

The bill aims to give small businesses time to transition to new spaces without shutting down for prolonged periods of time, as well as ensure that landlords don’t have years-long vacancies as they search for a replacement tenant.

The bill is informed by a report by Brewer’s Small Business Task Force, whose members include small businesses owners, brokers and property investors. Among the findings are that 19 percent of immigrant small business owners do not have a lease in their name, according to a survey of nearly 100 entrepreneurs.

“The lease renewal process is currently a burden on tenants, whose business and livelihood are tied to their space, leaving them in a poor negotiating position from the outset,” the report said.

But the legislation applies to all tenants, not just mom-and-pops — so chains, which faced rampant closures during the pandemic, would be covered as well.

Industry experts say that by prioritizing the tenants in lease agreements, landlords can be forced into a lease extension that they may not want. James Whelan, the president of the Real Estate Board of New York, called the proposal “legally dubious commercial rent control,” and brokers who work in the retail sector are similarly unimpressed.

“This law is painting landlords to be bad guys, which they’re not,” said Brandon Singer, founder of Retail by MONA. “Any business that stayed around, other than a mask store, did so because of their landlord.”

Despite the bill’s intention to prevent vacancies from plaguing the city, some brokers don’t believe the bill will achieve that goal. Instead, they say it may simply kick the can down the road.

“A landlord could lose a very nice deal,” said Paul Fetscher, the president of Great American Brokerage, which works on retail and restaurant deals. “[Major tenants] have their development programs slotted out for two years.” He added that the legislation may disincentivize retailers from coming to the city.

BCD Brokerage CEO Andrew Moger, who works primarily with restaurants, described the legislation as a “solution in search of a problem.”

“Tenants should be proactively thinking about what life after their lease term looks like and they should be engaging with their landlord in a conversation leading up to their lease expiration,” Moger said. “If the landlord is not engaging with the tenant, then they should start making plans for life after that lease expiration.”