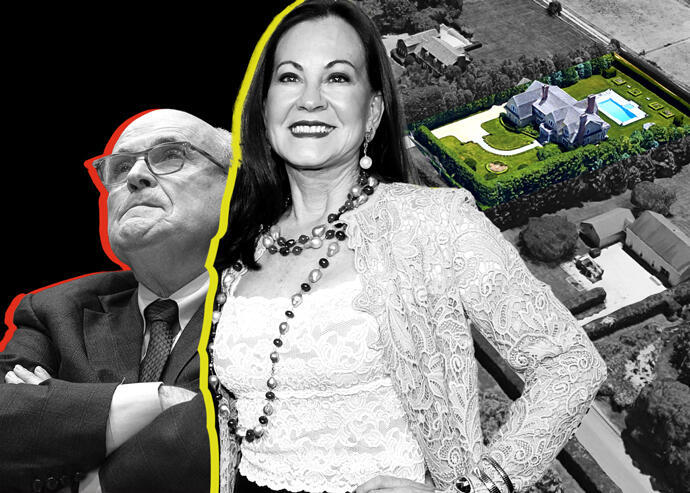 In 2005, Rudy Giuliani and his ex-wife, Judith Nathan, built their Hamptons dream home on a one-acre site in Water Mill. But now that the pair has divorced, the home is a dream no longer.

In an off-market deal, Nathan sold the home at 353 Lopers Path for $5 million, according to the New York Post. The home was awarded to her as part of the divorce settlement.

“Lucky Judy,” said a source familiar with the properties told the Post. “She scored. She got the two Hamptons homes, which went up in value during the pandemic. He got stuck with the Manhattan apartment, which needs a ton of work, and went down in value during lockdown.”

Giuliani originally bought the property for $3.2 million in 2004. The custom-built, 7,272-square-foot home has an eat-in kitchen, wood-paneled library, several fireplaces and terraces, a steam room and a wine cellar.

Nathan still owns the barn next door, which was previously used for entertaining guests.

Andrea Ackerman and Richard Ziegelasch of Brown Harris Stevens brokered the deal. They declined the Post’s requests for comment.