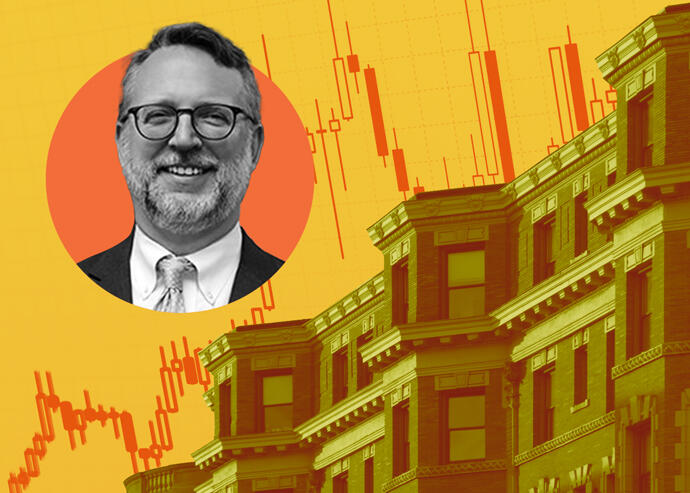 City board casts preliminary vote in favor of rent hike Landlords called for a 5 percent hike; tenants groups, a 5 percent roll back. The Rent Guidelines Board didn’t quite meet them in the middle.

In a preliminary vote Wednesday night, the city board approved a proposal to increase rents on stabilized apartments and lofts by 0 to 2 percent on one-year leases and 1 to 3 percent on two-year leases. Last year, the board froze rents to alleviate the pandemic’s impact on renters.

The proposal, introduced by Chair David Reiss also called for a rent freeze on rent-stabilized hotels, approved with a 7 to 2 vote.

The initial vote provides a window into which direction the nine-person board — composed of two landlord, two tenant and five public representatives — will lean in the final vote June 23. Tenant representative Sheila Garcia, director of Community Action for Safe Apartments, called it a temperature check — though in her eight years on the board, they’ve never voted outside of the range of a preliminary decision, she said.

Rent adjustments on stabilized apartments would apply to leases signed on or after Oct. 1, 2021.

Ahead of the vote, landlord representatives pushed for a 2.75 percent lift on one-year leases and 5.75 percent for two-year leases, a percent increase that meshed with the 3 percent jump in operating expenses the board found in their operating costs report for 2021. The ask was also in line with increases proposed by the Rent Stabilization Association.

“The RGB is ignoring its own research data showing that landlords’ operating costs rose again — property taxes alone increased by 3.9 percent,” said RSA President Joseph Strasburg. He added that tenants have received stimulus checks and unemployment while landlords have received nothing.

Scott Walsh, owner representative and a project director at Lendlease used his time on the floor to highlight the high vacancies and operating costs that plagued landlords in 2020 and increased inflation rates to come. The board dismissed his proposal with a 2 to 7 vote.

Tenant representative Garcia said the federal relief doled out this past year hasn’t been sufficient to buoy the 600,000 New Yorkers her organization estimates are struggling with unpaid rent.

“It is not lighter because people receive some checks if they’re making $15,000 a year,” Garcia said, calling for a rent roll back of as low as 3 percent for one-year leases.

Garcia, whose proposal was likewise shot down 2 to 7, said she didn’t expect the motion to pass. She included a negative figure to let the public know a rent cut was on the table for discussion next month. Tenant Groups like the Rent Justice Coalition had called for a 5 percent rent cut, citing the hardship of tenants, even as landlords were set to receive $2.4 billion in rent relief.

“They’re getting their money,” said Andrea Shapiro, a director at the tenant group Metropolitan Council on Housing. “Tenants are still unemployed.”

Still, Shapiro said she would be happy with a freeze on one-year leases, saying it does the least harm.

Landlord representatives had been absent from recent meetings, with Walsh a no-show and one seat left unfilled after the departure of Rosenberg & Estis attorney Patti Stone.

Mayor Bill de Blasio this morning appointed Robert Ehrlich, attorney at Lazarus Karp, LLP, to the position. Ehrlich told The Real Deal that he wasn’t familiar with the proposals his co-representative planned to lay out a few hours ahead of the meeting.

The vote came with no word from the mayor, who called for a rent freeze ahead of the board’s decision last year.