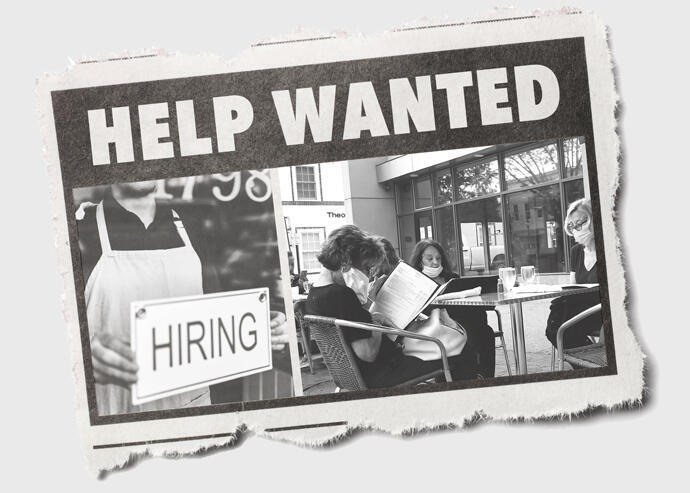 Restaurants and retailers everywhere have been struggling to staff up as Covid risks, increased unemployment benefits and other factors deter workers from returning. But in the East End, recruiting is even more difficult.

As white-collar workers and members of the leisure class spend more time in the Hamptons and elsewhere, unshackled from their offices, service businesses need bigger crews to cater to them, the East Hampton Star reports. However, a lack of housing has increased costs and the challenge for minimum wage workers to find accommodations.

Gwen Waddington, who co-owns the Wharf Shop in Sag Harbor, told the Star that the housing issue has made the search for retail employees “worse than usual.”

International workers have also been scarce as a result of a limit on federal H-2B seasonal work visas.

Nikki Seelbach of Charlie and Sons Landscapes in Amagansett said the company lost the visa lottery and missed out on international employees this year. It doesn’t help that construction workers do not need side jobs at the moment.

“The labor force has become very diluted because everyone’s so busy,” Seelbach told the publication. “Construction is going crazy, and for us, it’s hard to compete with companies that employ people year-round. If someone gets a job in construction, they don’t want to leave it, because we only employ them for nine or 10 months out of the year.”