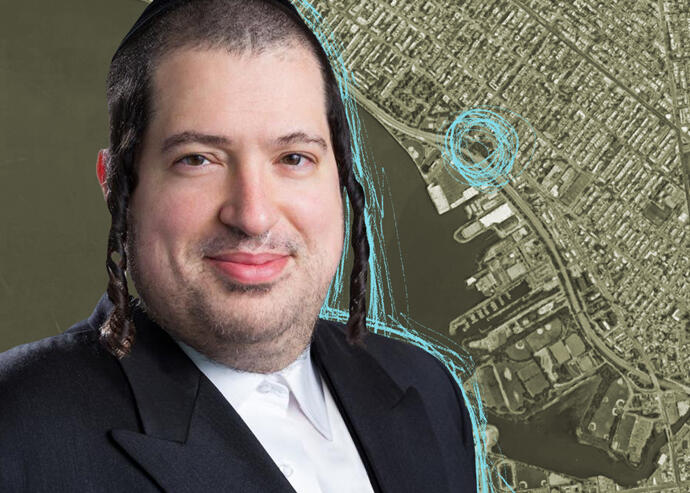 These were the top outer-borough loans last month Each of the 10 loans was smaller than $90 million, with the total coming in around $830 million. That’s a significant dip from March’s total of $1.95 billion, but still better than the same month last year, when the top 10 loans’ total value was $689 million.

Joel Landau’s Allure Group and Landpex Development secured a construction loan from Bank Leumi USA to build a 30-story mixed-use tower at 2218 Cropsey Avenue and 2230 Cropsey Avenue in Gravesend. The building is expected to have 243 residential units and 28,000 square feet dedicated to a community facility, according to a building application filed with the city.

Greenbrook Partners and the Carlyle Group secured a loan from Invesco Real Estate for 11 parcels at 106 Harman Street, 1117 Jefferson Avenue, 1236 Halsey Street, 1310 Putnam Avenue; 752 and 1312 Bushwick Avenue; 310 and 312 Menahan Street; 756 Lincoln Place, 79A Cooper Street, and 978 Bedford Avenue. Most of the residential properties are located in Bushwick.

Bruman Realty landed a refinancing from Arbor Realty for a 116-unit rental building at 1134 Fulton Street in Bedford-Stuyvesant. The property is part of the 14-building Bruman portfolio that Dalan Management and KKR agreed to buy last year. Each building in the portfolio is in different phases of the closing process, with at least $122.5 million of what is said to be an $860 million deal finalized.

Waterfront NY Realty landed this loan from AIG, which consolidated existing mortgages on two parcels at 48-39 and 48-49 35th Street in Sunnyside. The borrower purchased the parcels in 2018 for $72 million. No. 48-49 houses a 256,000-square-foot warehouse, while the smaller adjacent site is a parking lot.

Abraham Leser’s Leser Group secured this financing from Metropolitan Commercial Bank for a parcel at 1495 Herkimer Street in Ocean Hill. Leser acquired the property, which is home to a 110,000-square-foot educational facility, in 2015 for $33 million. According to Brooklyn Community Board 8, Roads Charter High School is located at this address.

With this deal, borrower Joseph Heimann refinanced existing loans backed by a six-story, 56,000-square-foot office building at 500 Dekalb Avenue. The property formerly housed the North Brooklyn SNAP Center. Heimann acquired it for about $23.3 million in 2018, according to public records.

California-based self-storage developer InSite landed this construction loan backed by a parcel at 59-02 Borden Avenue, also known as 59-20 Maurice Avenue, in Maspeth. In March, the company purchased the site — which comes with 136,000 square feet of development rights — from Home Depot U.S.A. for $18 million. The loan was issued by Valley National Bank.

Efraim Weber’s entity 963 Holdings secured a construction loan, backed by a parcel at 963 Atlantic Avenue in Clinton Hill, from Axos Bank. Weber has filed an application to build a nine-story building on the site. The project would have 124 residential units and about 5,000 square feet of commercial space.