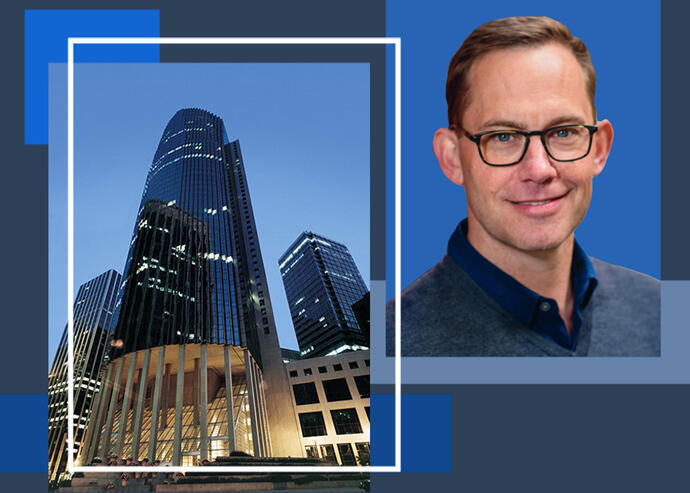 Financial technology firm Chime is in talks to sign the biggest office lease in San Francisco since the start of the pandemic.

The company is nearing a deal for about 200,000 square feet at Hines’ 101 California Street in the Financial District, according to the San Francisco Business Times. The lease is for part of the 48-story building’s smaller podium section.

It’s not clear whether Chime would leave its nearby headquarters at 77 Maiden Lane in Union Square. The company leases about 45,000 square feet there with just under three years left on its lease. It has not listed it publicly for sublease.

Chime would join a number of banks and financial services companies in the podium building, including Bank of America, Deutsche Bank, and Morgan Stanley.

Office vacancy has been on the rise in San Francisco since the beginning of the coronavirus pandemic. The market was hit particularly hard because so many companies in the area quickly pivoted to remote working.

Still, some investors are bullish on San Francisco. Kilroy Realty earlier this year sold a 750,000-square-foot office complex in Mission Bay for just over $1 billion, putting it second on the list of priciest office investment sales ever closed in the city.

Chime raised $435 million in a Series F financing round in September, bringing its valuation up to $14.5 billion. CEO Chris Britt said the company would be “IPO-ready” this year, according to the Business Times.