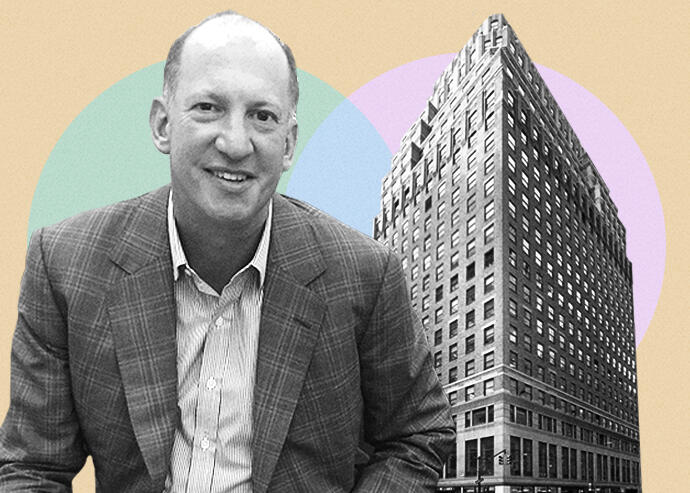 The Savitt family — whose members include 1951 Australian Open and Wimbledon champ Richard “Dick” Savitt — has owned the Art Deco office tower at 530 Seventh Avenue since it was built in 1929.

The 30-story Garment District property is now owned and operated by Savitt Partners, a real estate firm founded by Dick’s son Robert “Bob” Savitt in 2008. Under the terms of a 49-year ground lease that began in 2000, the building and underlying fee interest are owned by separate entities, both of which are affiliated with Savitt.

In recent years, the landlord has invested $18 million in renovations and $20 million in tenant build-outs at the property, including elevator upgrades and a three-story rooftop bar known as The Skylark.

In March, Savitt secured a $55 million CMBS financing for the fee interest in the property. While the building per se is not part of the collateral for the loan, documents associated with the securitization still provide an inside look at the property’s finances.

As of November, the 495,000-square-foot property was 95 percent leased to 87 tenants, paying average rent of just under $60 per square foot, according to a loan prospectus. Just a few months later, however, one of the largest tenants filed for bankruptcy.

Co-working firm Knotel, which is set to be acquired by Newmark, gave up most of its 26,000 square feet at the building in January. The company has only retained a 3,600-square-foot suite, on a two-year, $52-per-square-foot lease.

Savitt also provides flexible office space at the building itself, under the Space 530 brand. The landlord-affiliated tenant pays significantly below-average rent of $25 per square foot, on a lease that extends through 2035.

Besides co-working spaces, the largest tenants at the property are fashion groups, according to the November rent roll. These include Doral, Florida-based Perry Ellis International, as well as BCI Brands and RDG Global, both of which are headquartered at the building.

As a result of the pandemic, 27 tenants at the building — accounting for 41 percent of floor area and 46 percent of rent — were granted rent relief, with deferrals ranging from three to 16 months, according to loan documents. Quarterly ground lease payments were unaffected.

Savitt has continued to ink new deals at the property amid the pandemic, with three new tenants taking up 15,000 square feet in November, as reported by Commercial Observer.

“We have changed the way we offer space over the last two years to provide flexible lease terms and versatile prebuilt space options, such as all-in leases wherein IT and furniture can be included, putting us ahead of the curve as we proceed in a post-Covid environment,” Bob Savitt told New York Real Estate Journal last June.