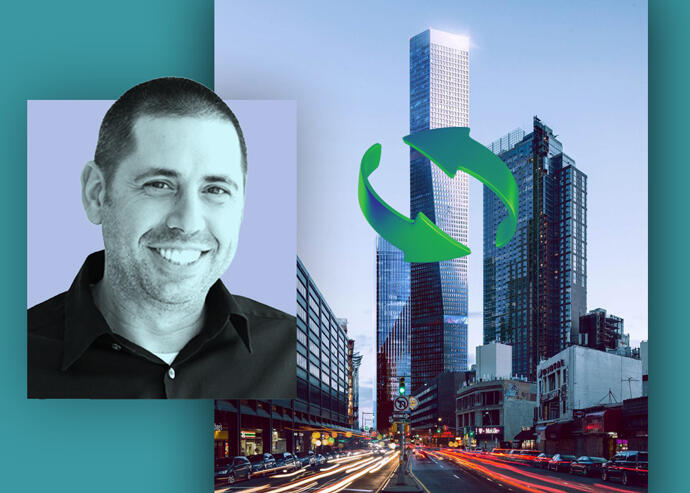 The developer is scrapping 100,000 square feet of office space at the first phase of 80 Flatbush Avenue and instead adding more apartments, Bklyner reported. The total number of units will rise from 257 to 441, about 45 of which will be affordable.

The project was originally going to be developed in two phases, the first of which would include a 44-story, 480-foot tower at Flatbush Avenue and State Street. The building would have market-rate housing, office space and two schools, with construction expected to be completed by 2023, according to the publication.

Due to pandemic-related delays, the first phase is now expected to be completed in the first half of 2024. Construction will begin soon, the developer says.

The second phase would include an 840-foot tower that would house the bulk of the project’s residential units, including 200 that would be permanently affordable. It was supposed to be finished by 2026, but it’s now unclear when that may happen.

Adding affordable housing to the project’s first phase may help residents in the meantime.
“Critically, this project addresses fair housing needs by creating truly and permanently affordable housing in one of the wealthiest parts of Brooklyn — something we’re sorely lacking — and we’re exciting to be getting started soon,” Michelle de la Uz, executive director of Alloy’s affordable housing partner, told the publication.