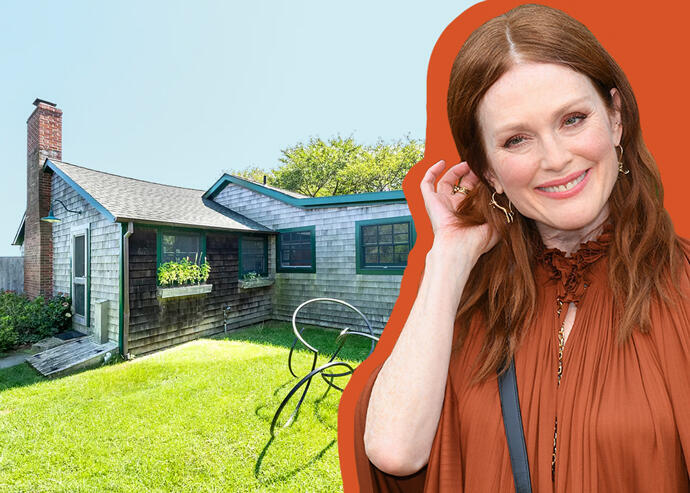 Oscar-winning actor Julianne Moore sold her modestly sized Montauk cottage for $2.9 million after six years on the market, according to Variety.

The deal closed in March. Moore reportedly listed the property in 2015 for $3.5 million after finding a drunk stranger asleep on her couch. She and her husband Bart Freundlich moved to a home in a more secluded part of Montauk shortly after the incident.

The three-bedroom cottage was built in 1940 and sits on about a third of an acre near Fort Pond. At 1,000 square feet, it’s something of a throwback to a sleepier and more modest era in Montauk. The interior was designed in the farmhouse style, with vaulted ceilings and wide-plank wood floors.

But it still has some of the typical Hamptons perks, such as a saltwater swimming pool with a pool house. There’s also an enclosed porch.