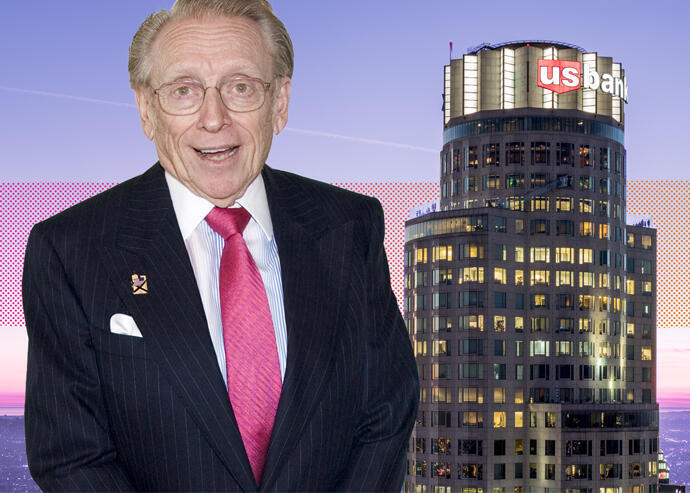 Silverstein will pour $60M into US Bank Tower overhaul The firm aims to make the 1.4 million-square-foot Downtown building more appealing to companies that have traditionally eschewed vertical offices for campus-like settings, according to the Los Angeles Times.

Silverstein said it would undertake a “comprehensive capital improvement plan” at the 73-story skyscraper when it closed its $430 million purchase of the property in September.

Silverstein received a significant discount — the firm paid 34 percent less than the tower’s most recent valuation by seller OUE Limited. The property is currently 73 percent leased.

Silverstein’s tower overhaul will include cosmetic changes as well as the addition of a coffee lounge and bar in the lobby, and communal tables and patios on the ground floor.

The 54th floor, a junction point for the lower- and upper-floor elevators, will be renovated into a lounge with a fireplace, co-working stations, bar, cafe and full-service kitchen.

Silverstein is doing away with the 70th floor observation deck and Skyslide, which were the work of OUE Limited. Those floors will be turned into leasable office space.

Silverstein’s head of leasing, Jeremy Moss, said his company wants the property to feel like a boutique hotel or residential building rather than an office building.

U.S. Bank Tower is Silverstein’s first investment in L.A. The New York-based firm announced it would explore more investments in the area in the future.