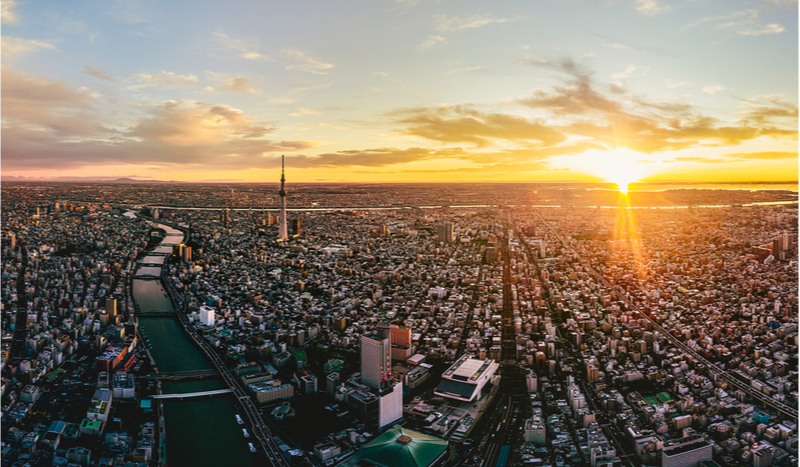 Humanity has reached the limits of centralization and scale, and needs a return to light, space, and nature for fulfilment, says Japanese architect Kengo Kuma.

Kuma, who has designed more than 300 architectural works in more 20 countries since he began practicing in 1990, addressed attendees of the 2021 ULI Asia Pacific Summit held virtually and in person in Tokyo. Kuma, who presented new ideas for post-pandemic design and architecture, said, “We should be going back to nature and back to decentralization.”

Architect Kengo Kuma, from his office in Tokyo, addressing participants of the 2021 ULI Asia Pacific Summit. Kuma was the recipient of a Global Award for Sustainable Architecture in 2016.

He talked the summit audience through some of his recent projects, explaining the concepts behind them. Kuma’s buildings aim to be open to their surrounding city, to nature, and to the local population. He eschews, where possible, the glass, steel, and concrete used in most modern buildings in favor of natural and local materials.

Kuma designed the new Tokyo Olympic Stadium for the 2021 Summer Olympics. The structure builds on traditional Japanese techniques and features substantial use of wood and natural ventilation. He is passionate about keeping traditional craftsmanship alive and is a firm believer in using local materials and skills.

In designing the stadium, Kengo says he believed that “we should open up the building to nature as much as possible and bring nature into the building.” The stadium design was inspired by the 7th Century Horyu-Ji temple in Ikaruga, Nara Prefecture, Japan; the temple has remained intact for hundreds of years because of its use of natural materials and craftsmen’s abilities, Kuma said. However, the new stadium in no anachronism and uses modern techniques, such as computer modeling, to ensure optimum natural ventilation and avoid the need for air conditioning.

The stadium’s roof is built of steel and wood to reduce weight/ It also was inspired by traditional Japanese architecture but uses modern techniques and materials, including clear glass photovoltaic roof panels.

Kuma has a long history of working in Europe, particularly France, where he has designed projects including a new Gare Saint-Denis Pleyel in Paris, including sloping terraces around the train station which lead to a roof garden. “It is a station building but will work as a park in the city,” said Kuma.

Other projects in Europe include the Victoria and Albert Museum in Dundee, Scotland, a dramatic riverside building which echoes the sea cliffs of the Fife coast, and the Hans Christian Andersen Museum in Odense, Denmark, which is set in a series of gardens whose themes are based on Andersen’s fairy tales, favorites from Kuma’s boyhood.

A number of Japanese design concepts are constants in his architecture; for example, engawa—the space between house and garden, sheltered but open to nature—can be seen in a number of projects which have semi-open space sheltered by overhanging eaves but open to public access. Other buildings are designed to feature komorebi—the natural light seen in forests—and openings reflecting the traditional Japanese torii gate can often be seen.

Kuma concluded with a call to city planners to change their mindsets. “Before COVID, centralization was pushing us to bigger buildings, taller buildings, and denser buildings, but we need to go back to nature as much as possible.” 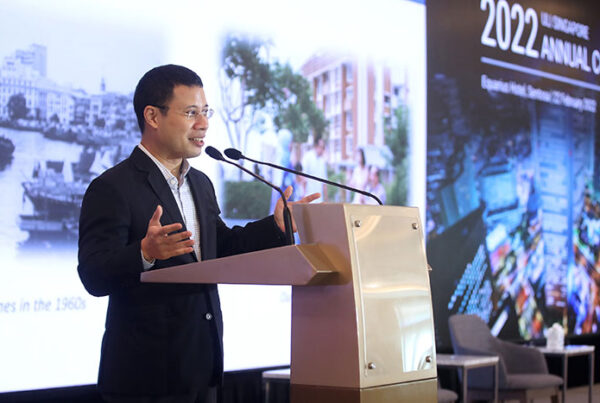 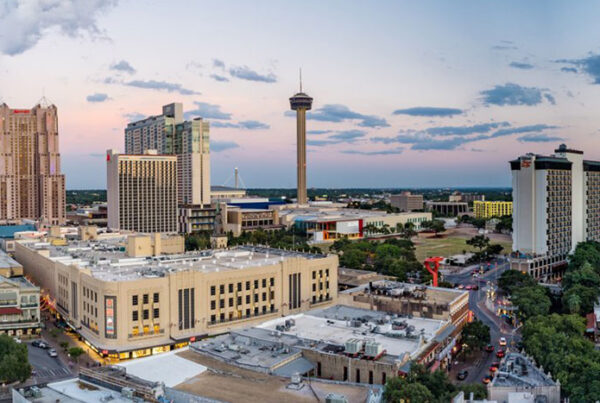