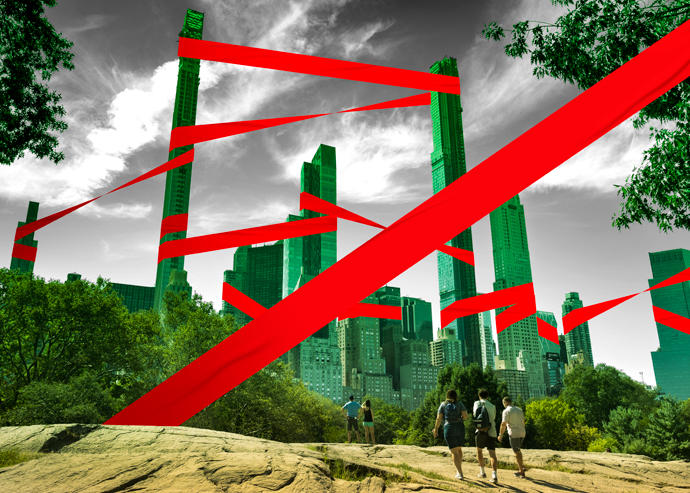 New York City landlords are racing the clock. In three years, most buildings must start meeting stringent emission caps to comply with a city law designed to reduce greenhouse gas emissions 40 percent by 2030. And if they don’t, landlords could be on the hook for millions of dollars in fines annually.

The real estate industry has a potential lifeline to cover at least some of these costs: an obscure financing tool known as commercial property assessed clean energy (C-PACE), which finances energy efficiency upgrades at a cheaper rate than a traditional loan.

But there’s one caveat: The C-PACE program has yet to be implemented.

Although it was signed into law in 2019, Mayor Bill de Blasio and the City Council have yet to finalize its rules, leaving C-PACE providers, attorneys and developers champing at the bit to break into the country’s largest real estate market. Proponents of the financing tool believe that once the program is active in New York, developers across the country will follow suit.

“The floodgates for the industry will be wide open,” said Mansoor Ghori, CEO of Austin, Texas-based Petros PACE, a firm that provides PACE financing.

Since the invention of the skyscraper, New York City real estate developers have sought out creative ways to finance their construction costs. In the early 2000s, Commercial Mortgage Backed Securities (CMBS), or pools of mortgages bundled together, became all the rage. In the mid-2010s, developers turned to the cash-for-green card program EB-5 to fill gaps in their funding — it became so prevalent that some took to calling it the “crack cocaine of real estate financing.”

C-PACE is quite different from these other forms of financing. It provides the upfront costs to a developer or landlord for making energy efficiency or renewable energy improvements such as adding LED lights, improving insulation or putting solar panels on a new or existing building. And while C-PACE may sound like a loan, it’s not. The financing is paid back over time in the form of a special property-tax assessment.

Since it’s recorded as a tax assessment, it requires legislation to be enacted by state and local governments. So far, 37 states including New York, as well as Washington, D.C., have passed legislation enabling C-PACE. As of the end of 2020, total C-PACE investment surpassed $2 billion in the U.S., according to the industry trade group  PACE Nation. About half of this investment financed energy efficiency projects, while about a fifth funded renewable energy projects and the remainder went to projects involving both as well as resiliency projects.

Thus far, California has seen the bulk of the investment with $625 million in C-PACE financing, followed by Ohio with $376 million.

In one of the most notable transactions thus far, The Prime Group secured $21.3 million in C-PACE financing from PACE provider CounterPointe Energy Partners to finance part of a conversion of a historic downtown Chicago building into a luxury hotel.

“It’s innovative, it’s low cost and we think it reduces risk for everyone in a capital stack,” said Jeff Breaden, who oversees capital markets for The Prime Group.

For developers, C-PACE has important advantages. Not only can it be used to fund needed energy efficiency projects, but it can be an alternative to costlier types of financing.

With interest rates around 5 percent, it is significantly cheaper than mezzanine financing, which runs around 10 percent. It is also offered at a fixed rate at terms of up to 30 years.

In addition, C-PACE can finance 100 percent of a project’s energy improvements. And perhaps most useful to New York developers, as long as the C-PACE-financed improvements are made, the cash can be used to pay down a project’s existing debt.

“You can think of PACE financing as a substitute for mezzanine financing,” said Thomas O’Connor, an attorney at Manhattan-based law firm Duval & Stachenfeld.

Another benefit of C-PACE is that payments do not accelerate upon default — and instead of dealing with a lender that is comfortable owning the property upon foreclosure, it’s the local tax collector.

“Most tax-collection regimes tend to be very forgiving compared to some of the mezz lenders out there,” said Eric Alini, CEO of Counterpointe. “You default on a loan to a big bad mezz lender you’re in a fight.”

There are some complications, however. Since C-PACE payments are enforced through a tax lien, the financing has priority over the senior lender. This means that the senior lender often has to give their blessing before a property owner can use C-PACE.

Senior lenders were initially wary of allowing C-PACE. But banks are increasingly buying into the program, according to industry participants.

“There is definitely a FOMO going on,” Alini said. “We don’t view lender consent as the stumbling block it was two or three years ago.”

For the past few years, PACE was a four-letter word.

The residential side of the program has been beset with fraud allegations and has drawn scrutiny from regulators. In many cases, unsuspecting homeowners were often duped into “no-money down” financing for energy improvements or solar installation only to be hit with massive property tax bills down the road.

Advocates of R-PACE argued that homeowners with PACE financing were no more likely to default than others in their local housing market, and that problem cases were overblown.

C-PACE providers are trying to distance themselves from the controversy in the residential space. They claim that the biggest difference is that C-PACE providers require a senior lender to consent to the loan — which was not required with R-PACE — and it’s something that adds another layer of scrutiny.

With C-PACE, providers are dealing with landlords and developers, who are more likely to understand the risks they are taking on than are individual homeowners, industry proponents add.

“It’s a whole different product,” Ghori at Petros PACE said. “We don’t have those issues because no one can say we don’t know what this is about.”

In New York, the real catalyst for C-PACE’s success will be Local Law 97 — the key piece of a broader set of laws passed in 2019 known as the Climate Mobilization Act aiming to reduce the city’s greenhouse gas emissions by 40 percent by 2030 and 80 percent by 2050.

Gov. Andrew Cuomo’s executive budget would allow building owners to buy renewable energy credits from outside the city to offset emissions, but the measure is facing pushback from lawmakers.

Overall, building owners in the city will have to spend up to $24 billion to meet the carbon targets, according to the Urban Green Council, an environmental advocacy group.

But before landlords can tap C-PACE funding to pay those costs, the city has to hammer out the rules to administer the program, which it has yet to do.

Cliff Kellogg, executive director of the C-PACE Alliance, said though he’s glad the city authorized the program, he’s disappointed by the lack of progress in getting it up and running.  For more than a year, the city has been telling his group that the finalization of the guidelines was imminent — but the program remains in limbo.

“There is substantial work that needs to be done,” Kellogg said, “that rests with the bureaucrats and the city.”