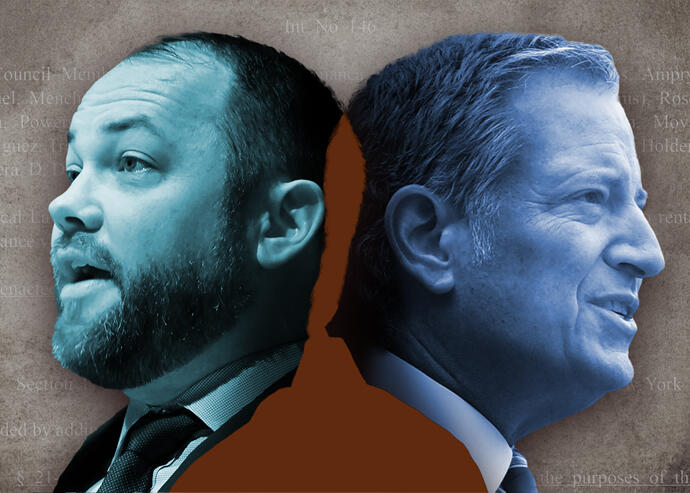 An overwhelming vote last week by the City Council pushed a bill to raise the value of city housing vouchers to Mayor Bill de Blasio’s desk. Homeless advocates and landlord groups lauded the decision. But a small change made prior to the bill’s passage narrowed who would be eligible for those vouchers.

The Council updated the legislation three days before the vote to include income caps, reportedly introduced at the request of the mayor, Gothamist reported. New Yorkers are no longer eligible to receive a voucher once their annual income exceeds 250 percent of the federal poverty line.

The previous version guaranteed assistance until one-third of a household’s income met or exceeded their annual rent. A person receiving a single-person voucher, worth $1,945, would have been able to earn as much as $70,020 per year and still receive assistance.

Now, a single person is no longer eligible once they make more than $32,200 per year — or just about the annual income for a person making the minimum wage.

In a Twitter thread, the Safety Net Project of the Urban Justice Center said the change creates an “income cliff that forces people to choose [between] a modest income and keeping their homes.”

“The main goal was to make sure that the voucher itself was usable,“ said a spokesperson for the Real Estate Board of New York. “We have confidence that by raising it to fair market value that it will be.”

REBNY said by solving for “one concrete thing,” the legislation opens up the conversation around a range of issues associated with the voucher system. Landlord discrimination against voucher recipients is a key concern raised by Council Speaker Corey Johnson.

Women in Need, a nonprofit that provides family shelter in NYC, echoed the landlord group’s position, calling the bill a “major step in the fight to end family homelessness.”

“It’s going to help literally thousands of families move out of shelter faster. But one piece of legislation alone was never going to end this crisis,” said a Win spokesperson. “It’s clear we need to sign Intro. 146 and then continue this important work.”

With the changes, De Blasio is likely to sign off on the bill. The bill would bring the subsidies afforded by the city’s Family Homelessness & Eviction Prevention Supplement (or FHEPS) voucher up to federal Section 8 standards. Values would increase to $1,945 for a one-bedroom or $2,217 for a two-bedroom.

The Community Housing Improvement Program emphasized that a fresh administration could introduce legislation that would go beyond Intro. 146, allowing voucher-holders to not just find a home, but afford the rent if they get a job.

“We are hopeful that the new mayor and new City Council members will fix many of the problems this lame duck government has created, including this one,” said Jay Martin, executive director of CHIP.