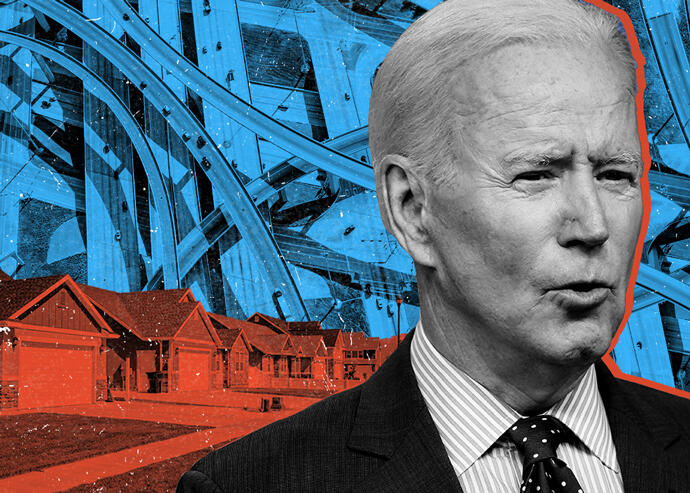 President Joe Biden offered a series of concessions to Senate Republicans this week, the White House said, as he negotiates passage of his $1 trillion infrastructure deal — a plan that would have huge implications for the real estate industry.

In an Oval Office meeting, Biden proposed that a new corporate version of the alternative minimum tax would be imposed, set at 15 percent, rather than raising corporate tax rates to 28 percent from 21 percent to pay for the package, the Washington Post reported. The original funding plan was rejected by Republicans, who oppose the reversal of former President Donald Trump’s 2017 tax cuts.

The infrastructure plan was initially to cost $2.3 trillion, but that price tag has slowly been slashed in negotiations. Still, the amount of spending required, as well as potential tax hikes, will pose hurdles for the Biden administration when it comes to passing the deal.

The infrastructure plan was introduced shortly after the passage of the $1.9 trillion stimulus package. The infrastructure deal is a part of Biden’s long-term economic agenda, which may ultimately cost $3 trillion.

But how much bang would Biden get for his buck? Though much may change as bargaining continues, here are five proposed provisions noteworthy for the real estate industry: