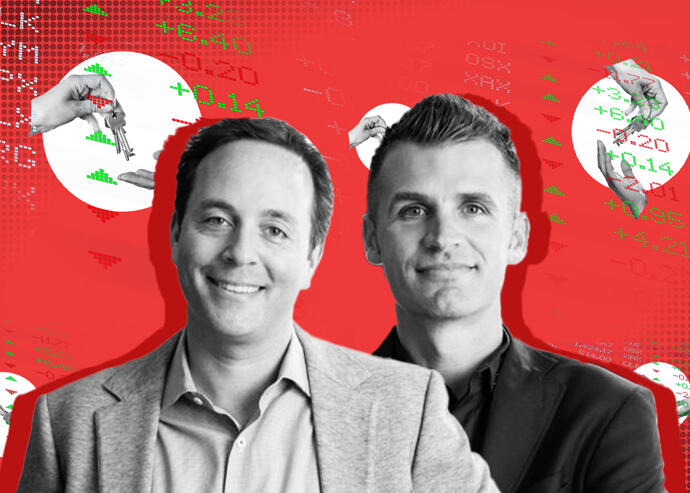 Second-home startup Pacaso plans to offer its agents the company’s future stock on top of their commissions.

The firm, founded by Zillow co-founder Spencer Rascoff and other former Zillow executives, is launching an equity program that will award 500 restricted stock units for buyer referrals. It will offer this program to its network of real estate agents, Pacaso owners or Pacaso employees.

For agents, the units will be offered along with their standard commission of 3 percent, according to Pacaso CEO Austin Allison.

“This is a really great opportunity to have a tool in a tool chest,” said Allison.

Pacaso said it recently raised $75 million at a $1 billion valuation, becoming the fastest U.S. company to achieve unicorn status. The stock units will vest and be paid after the company goes public or is sold.

The company, however, has yet to announce its plans for going public. Pacaso is following in the ranks of real estate companies including Compass that allow its agents to gain equity in a public offering.

Based in San Francisco, Pacaso is seeking to reinvent the timeshare model with a marketplace that allows buyers to purchase a fraction of a second home. It provides a network of agents to help customers establish limited liability companies for joint ownership as well as manage the properties. The firm focuses on single-family homes in residential neighborhoods as opposed to condos or resorts.

Allison said the company has seen a massive surge in demand for second homes during the pandemic.

“Basically take everything you are hearing about the real estate market and multiply it by two,” said Allison.

Pacaso launched in October with a $17 million seed round led by Maveron, with participation from Crosscut and Global Founders Capital. Wilke invested in that round, too, with former Starbucks CEO Howard Schultz, real estate coach Tom Ferry and Greg Schwartz, former Zillow president of media and marketplace and founder of mortgage startup Tomo.

The company, which claims it became profitable during the first quarter of 2021, collects a 12 percent fee from buyers up front and charges $100 per month in management fees.

Since Pacaso’s launch, more than a million people have visited its website, according to the company. Pacaso offers its services in 20 second-home destinations across the U.S. and plans to expand internationally.