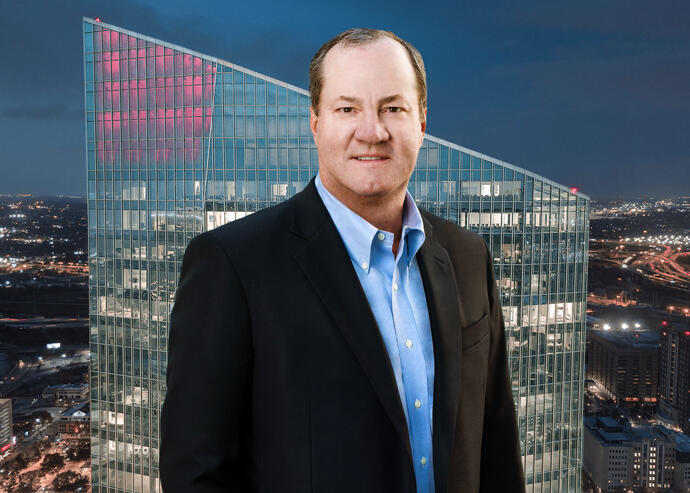 Here’s what tenants are paying at Hines & CalPERS’ 609 Main The following is a preview of one of the hundreds of data sets that will be available on TRD Pro, the one-stop real estate terminal that provides you with all the data and market information you need.

In the early days of the coronavirus pandemic, as Houston’s economy faced the double whammy of a public health crisis and collapsing oil prices, a deal for one of the city’s newest trophy properties fell apart.

A group led by Korean investment firm KB Securities had been selected as the buyer for the 48-story office tower at 609 Main Street in March, but pulled out of the deal a month later. When the property hit the market in late 2019, it was expected to fetch a price as high as $700 million.

Hines and the California Public Employees Retirement System, which completed the downtown Houston skyscraper in 2017, remained on the hook for a $230 million construction loan that would mature in September. The lender, JPMorgan Chase, provided a $260 million refinancing for the property that month, in the form of a single-asset commercial mortgage-backed securities deal.

Rating documents for the securitization provide an inside look at 609 Main’s finances and rent roll.

As of August, the 1.1 million-square-foot building was 94 percent leased to 31 tenants, according to a report from S&P Global Ratings. Fifty-five percent of the property had been pre-leased prior to opening, with two Chicago-based firms serving as anchor tenants.

The largest tenant at the building is United Airlines, with 21 percent of the total floor area, and the property serves as the airline’s second headquarters. While the company suffered billions in losses due to the pandemic, United and other airlines are now predicting a rapid rebound as the U.S. economy recovers.

“The company has invested $10.8 million ($47.38 per sq. ft.) in tenant improvements across their nine floors, demonstrating their commitment to the property,” the S&P report notes. Although United has a contraction option of up to two full floors at the building, the fact that it is paying below-market rent also makes it less likely to exercise that option, according to S&P.

The building’s second largest tenant is Kirkland & Ellis, the world’s largest law firm by revenue with more than $4.1 billion in 2020. The firm occupies the top floors of the tower, with penthouse suites that feature “an expansive skylight ceiling,” as S&P analysts observed on their inspection of the property.

The rest of the tower’s rent roll is granular, with no tenant accounting for more than 5.1 percent of total underwritten rent. Exposure to the energy sector is relatively low for a Houston office building, at just 7.4 percent. Law firms account for 37 percent of the rent roll, while banks and financial services make up 16.7 percent.

And 609 Main is also home to WeWork’s second downtown Houston location, which opened in 2019. The troubled co-working firm recently tapped Transwestern Real Estate Services to market its 300,000 square feet of space across four Houston locations, with an emphasis on larger tenants.

With a presence in 225 cities in 25 countries, Houston-based Hines has developed more than 1,400 properties around the world, from One Vanderbilt in New York City to One Museum Place in Shanghai. And the company remains active in its home market.

Two blocks from 609 Main, Hines and Ivanhoé Cambridge are building the 47-story Texas Tower, which is set to open later this year. To the south, Hines and 2ML Real Estate Interests are planning a 53-acre life sciences district dubbed Levit Green.