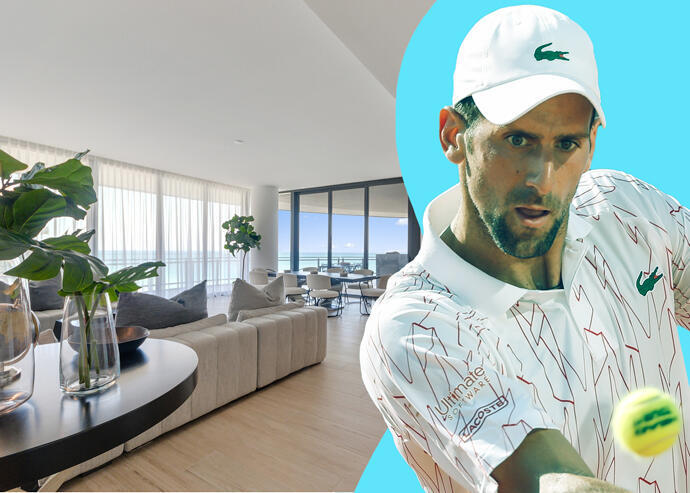 The world’s top-ranked tennis player scored a small win with the sale of his Miami Beach condo.

Novak Djokovic sold his unit at Eighty Seven Park in North Beach for $6 million, slightly more than the $5.8 million he paid for the condo in 2019.

Djokovic — who could complete a “Golden Slam” this year if he wins the remaining two major tournaments and the Olympics — bought the three-bedroom, three-and-a-half-bathroom unit 901 from the developer, an affiliate of David Martin’s Terra.

Djokovic’s Universe Collins Investment LLC sold the 2,233-square-foot unit, which includes an additional 1,715-square-foot wraparound terrace. The buyer has not been revealed.

The sale, first reported by the Wall Street Journal, was recorded on the MLS.

Carlo Dipasquale with Cervera Real Estate and Wendy Mendoza with Cayhill and Dumott Realty represented the tennis pro, while Joyce Gato with Douglas Elliman brought the buyer, according to the listing.

Condé Nast International’s chairman, Jonathan Newhouse, recently sold his unit in the tower for $6.2 million, the same price he paid in 2019.