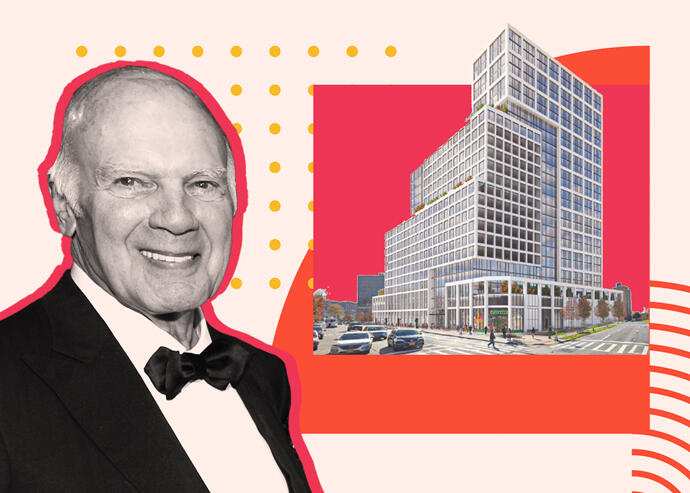 With the fate of New York’s housing construction tax break up in the air, one of the city’s largest investors is offering up a primed-and-ready development site in central Queens.

Vornado Realty Trust is looking to sell its 670,000-square-foot site at 93-30 93rd Street in Rego Park, with pricing expected around $85 million.

The property, which is best suited for development as a rental project with retail and community facility components, can be delivered vacant. That would give a buyer a head start on completing the site work necessary to lock in a 35-year tax abatement under the state’s Affordable New York program, which is set to expire June 15 of next year.

“We believe we’ll be able to make a deal in time that a developer will be able to qualify for Affordable New York,” said JLL’s Bob Knakal, who is marketing the property with a team led by himself and JLL’s Stephen Palmese.

The development site is across the street from Vornado’s 960,000-square-foot Rego Center shopping mall. The REIT had long planned to develop the site, which is now a parking lot for the mall, and the surrounding area. In 2015, the company built the 312-unit Alexander apartment building across the street.

The site sits in an Opportunity Zone, and according to JLL’s marketing materials, demand for rentals is growing in Rego Park.

Market experts, meanwhile, are expecting to see a rush of land sales the remainder of this year so developers can get projects far enough along to qualify for the abatement, formerly known as 421a, before it expires next year. Progressive lawmakers have already put the controversial program in their crosshairs.