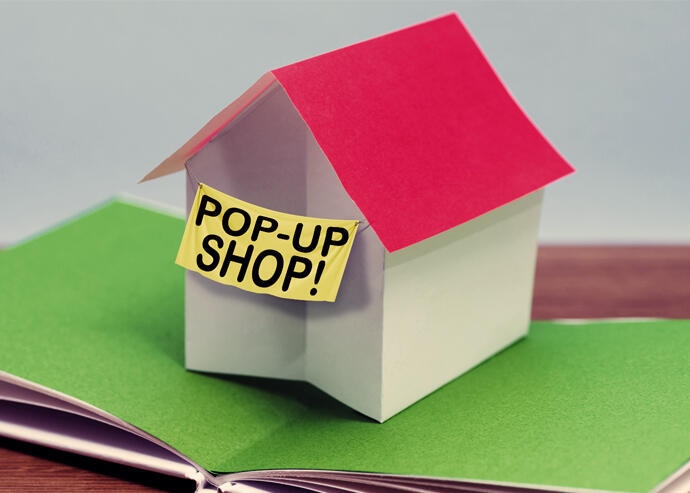 Retailers aren’t the only ones working their way back from the ravages of the pandemic. Mall landlords have been decimated, and many are now courting temporary tenants, pushing the pop-up stores to boost revenue and fill space.

Mall operators on Long Island and across the nation are trying to entice retailers with cheaper rents — sometimes a few months free — and flexible lease terms, according to Newsday.

The pop-up stores are considered a low-risk choice to bring in revenue, while also increasing foot traffic and buzz to the shopping center, even if only for a few months.

Tanger Factory Outlet Centers, which has 36 shopping centers including two on Long Island, has filled some of its vacant space with short-term leases. Typically, these deals account for 4 to 5 percent of its overall portfolio but as of March 31, that figure rose to 8.5 percent, according to the report.

But it’s not just mom-and-pop owners and budding entrepreneurs taking short-term leases. Pop-ups are also being tested by large retailers like Bloomingdale’s and Dick’s Sporting Goods, which both have temporary locations at Tanger Outlets in Riverhead, New York.

Federal Realty Investment Trust, which owns 100 shopping centers nationwide, began offering two months of free rent to tenants who want to lease space for a few months in its East Coast shopping centers, according to the report. Federal Realty malls have inked leases for 68 new pop-ups with some tenants only leasing space for a few months. That compares to a typical five-year permanent lease at a Federal Realty mall and at least one year for a temporary lease before the pandemic.

As it did to most malls, the pandemic accelerated the number of vacant retail spaces at Federal Realty properties, the retail REIT said in its first-quarter earnings statement.