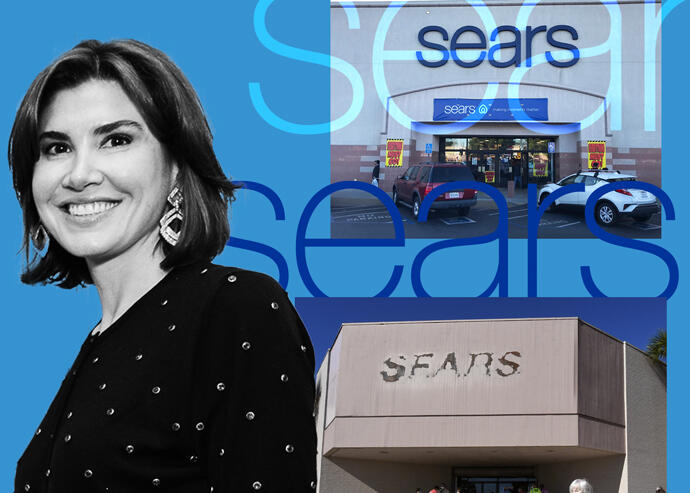 The owner of the defunct Sears franchise is looking to unload a chunk of properties.

The sales will also allow Seritage to concentrate on redeveloping remaining sites. The REIT owns over 200 stores.

When Sears went belly-up in 2018, the company shuttered all locations, then ended the last of its department store leases, held by Seritage, in March.

The REIT owns the on-average 13-acre parcels under Sears stores. Olshan wants to liquidate those assets to give the company time to recruit tenants and redevelop sites, Mohnish Patel, a 13 percent owner in Seritage, told Bloomberg.

The move comes amid a tempered appetite for mall real estate. In May, the average mall value was 17 percent below its pre-pandemic level, according to Green Street’s property price index.

The largest mall owners, which include Simon Property Group and Brookfield Asset Management, are also slimming down portfolios. In some instances, owners have walked away from properties when the debt exceeds the value.

Seritage lost $92 million in the 12 months ending in March and saw shares drop over 60 percent last year. But the company’s stock has regained a fair bit of ground this year, rising 37 percent before the market open on Friday, according to Yahoo Finance.

“In a couple of years, they’ll be cash-flow positive,” Mohnish Pabrai, who bought 13 percent of Seritage stock last year, predicted to Bloomberg. “At that point, there’ll be no uncertainty that it’ll go under.”

Sears itself, however, has a debt load nearly double its $800 million dollar market value. The company is the borrower on a $1.6 billion Berkshire Hathaway loan that matures in 2023.