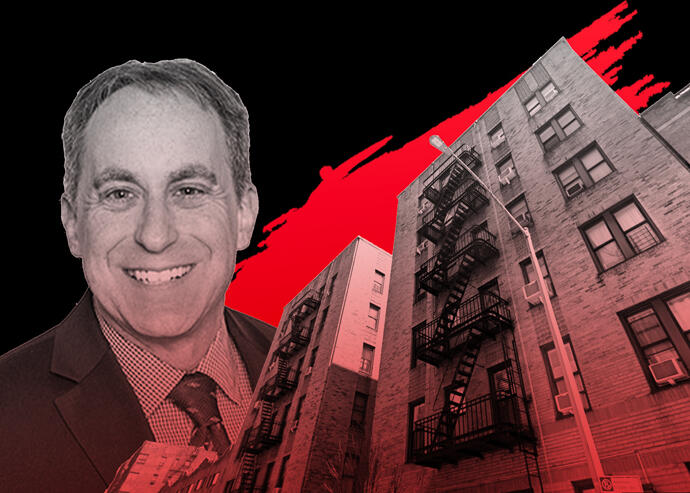 A New York couple is suing the Corcoran Group and one of its agents for allegedly violating the Fair Housing Act.

Gayle Leslie, 60, and Michael Jackson, 48, both Section 8 voucher recipients, accuse Corcoran agent Craig Hollander of leasing an apartment to someone else soon after learning of Jackson’s race.

Leslie, who is white, met Hollander in January while touring Manhattan apartments, court documents show. During a showing at an Inwood apartment at 55 Cooper Street, she told Hollander that she wanted to submit an application.

Two days later, Leslie submitted her materials, which included her Section 8 voucher, according to the suit, which was filed Monday. Two days after that, Hollander forwarded the offer to an unnamed management company, which a week later asked for additional materials.

It took four days for Leslie to compile the information, which included photo IDs of Jackson and his son, both of whom are Black. Twenty-four hours later, Hollander told her the apartment was already leased to someone else.

The lawsuit alleges that Hollander intentionally slowed the application process because of the Section 8 voucher and discriminated against the prospective renters because of Jackson and his son’s race. The Fair Housing Act prohibits discrimination based on race and source of income.

“We’re confident that this lawsuit will result in some measure of justice for my clients in compensation for the harmful discrimination committed against them,” civil rights attorney Joe Stancati, who is representing the plaintiffs, wrote in an email.

Corcoran pushed back, asserting its commitment to abide by fair housing laws at the federal, state and local levels.

“Every day, our agents work to find homes for our clients without regard to race, gender, source of income or any other protected category,” a Corcoran spokesperson wrote in an email. “As our vigorous defense will make clear, the plaintiff’s allegations are entirely without merit.”

Corcoran was one of 88 brokerages and landlords accused in a recent lawsuit of discriminating against renters based on their intention to use Section 8 vouchers. If Hollander is found to have violated anti-discrimination laws, the state could revoke his real estate license under legislation passed last year.