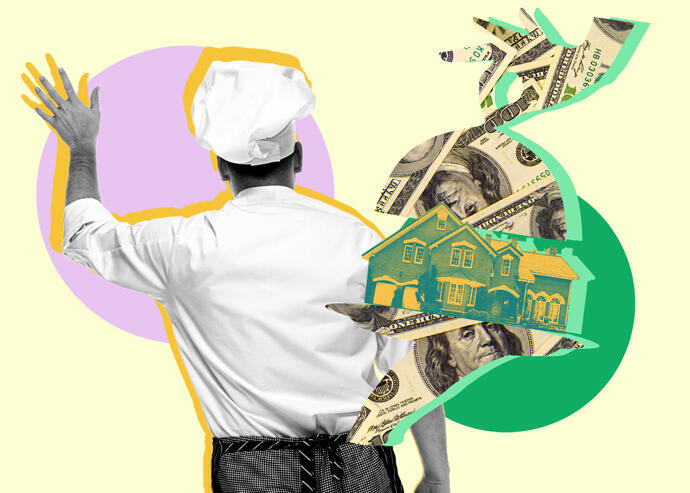 In the Hamptons, retailers are struggling to fill job openings as housing costs soar and the shortage of affordable rental properties persists. (iStock)

The shortage of affordable housing is costing business owners in the Hamptons.

Retailers can’t fill job openings because they can’t pay workers enough to live in the community, according to the New York Times. What has been a perennial issue is now a major problem, as demand for housing continues to surge.

Eric Lemonides, co-owner of French bistro Almond in Bridgehampton, said three seasonal workers are staying at his two-bedroom house but he still doesn’t have enough people to operate the restaurant at full capacity.

“Right now it is full season in the Hamptons and we are closed Sundays and Mondays; we don’t have enough cooks,” Lemonides told the paper, noting his restaurant is typically open seven days a week. “It’s just been harder than it’s ever been before.”

And the problem isn’t relegated to the East End.

Nationwide, restaurants have reported staff shortages as they reopened after Covid-19 restrictions lifted. Some economists say the extra $300 a week federal unemployment benefit is discouraging people from returning to work.

But in the Hamptons, where the pandemic has driven up housing prices even higher, the issue is more pronounced. Seasonal workers — often from other countries and on temporary work visas — can’t find affordable places to stay during the summer while they wait tables or ring up receipts at the register.

The problem is not limited to seasonal jobs. Southampton Town Supervisor Jay Schneiderman told the Times that officials have struggled to recruit people for assorted positions. The town has been unable to fill openings for an accountant, secretaries and building inspectors.

“We can’t pay them enough to live in the community,” Schneiderman said, adding that in addition to restaurant jobs, nurses and teachers openings are hard to fill. “We need to create more affordable housing, we do. It is creating issues for so many businesses.”