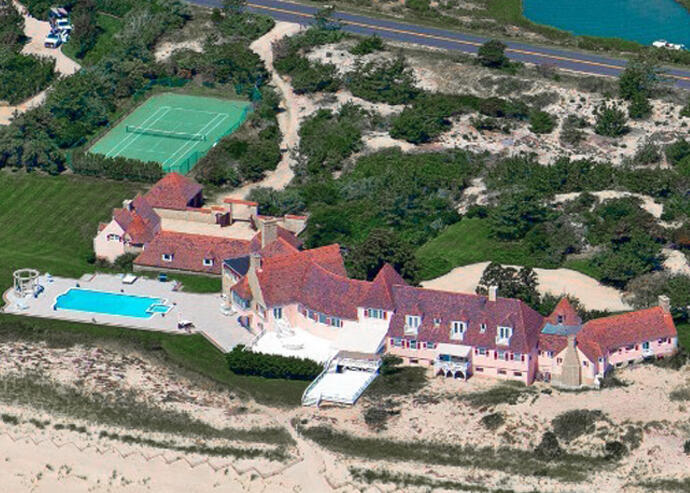 Could a 22,000-square-foot Tudor-style “fixer-upper” be the East End’s priciest deal of the year?

It could if the Carter family’s Southampton estate on Meadow Lane sells near its $75 million, according to the Wall Street Journal.

The 8-acre property includes the mansion dating to the late 1920s. Listing agent Tim Davis with Corcoran Group said the 15-bedroom home is in “fair to good condition” and expects any buyer to take up an extensive renovation.

So far the priciest deal of the year was the $60 million sale of 20 Spaeth Lane in March.

The Meadow Lane estate has 500 feet of beach frontage, and the property includes a beachfront deck, pool and tennis court.

The mansion’s owner is an LLC tied to the family of the late Julia Vance Carter, who died in 2014. The home has been in the family for decades.