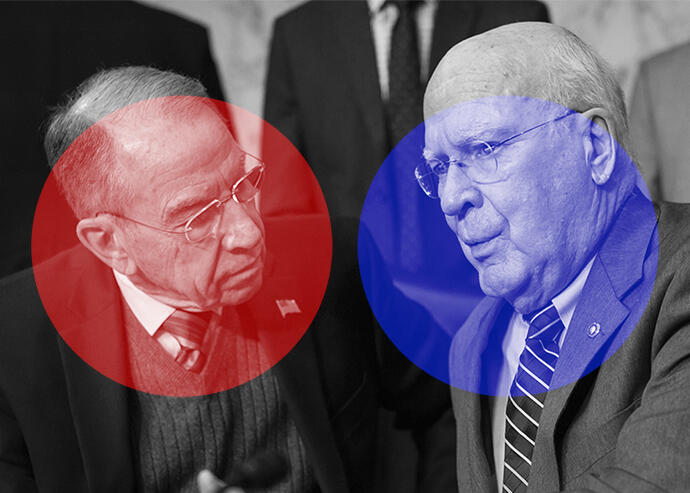 Trouble in EB-5 land: Congress at impasse on extension Last week was a roller coaster for the cash-for-visas EB-5 program.

Its backers celebrated Tuesday when a federal judge struck down a Trump administration rule that experts say nearly killed the program. The judge’s ruling reduced the minimum investment amount to $500,000 from $900,000, although it also reduced the number of areas that qualified for the program.

But that news was tempered by word out of Capitol Hill on Thursday afternoon.

Lawmakers could not agree on a deal to reauthorize a key part of the program known as regional centers. With Congress heading on leave for the July 4th holiday, the program will expire June 30. New EB-5 investment will be halted until lawmakers come back to the table and hammer out an agreement.

The events have left many in the industry uncertain about what’s next for the beleaguered program. EB-5, once referred to as the “crack-cocaine of real estate financing,” was used to fund some of New York’s largest real estate projects, but has been beset with fraud and backlogs in granting visas. As a result, interest in the program — real estate and investors alike — has waned.

Stephen Yale-Loehr, a professor of immigration law at Cornell University and an expert in EB-5, adds, “Any lapse adversely affects the program because investors get skittish about what is going on here and they don’t understand how it works.”

But the program is by no means dead.

Industry participants believe that EB-5 will likely be extended when Congress comes back into session. This will allow the program to continue until legislators can agree on permanent legislation.

“It’s fairly likely there will be a clean extension — that means an extension without anything attached to it,” said Ron Klein, a former House member from Florida and a partner at law firm Holland & Knight.

The impasse resulted from a failure to get sufficient bipartisan support for a reform bill from Sens. Chuck Grassley and Patrick Leahy. The legislation, which sought tighter reporting requirements, needed unanimous support, but Sen. Lindsay Graham balked.

“Today’s objection, unfortunately, represents another victory for those same monied, powerful, corrupt influences that have so often worked to kill reforms to a program that they love to abuse for nothing more than their own financial benefit,” Grassley said at the hearings Thursday after Graham objected.

If the program does get extended, it could see a major boost in investment.

A federal judge in Northern California ruled that Kevin McAleenan had been improperly appointed as acting Trump administration Homeland Security secretary and thus lacked the authority to change EB-5 rules as he did in 2019. Investors can now invest using the previous rules, including investing at the $500,000 level.

The judge did not prevent the Biden administration’s Department of Homeland Security from reinstating the rule changes in coming weeks or months. Or Biden could hold off until Congress works out a deal.

“There is a good argument to make to the secretary,” said Klein. “Why don’t you let Congress work on it?”

EB-5 exploded in popularity after the Great Recession. The program allows foreign investors to obtain a green card in exchange for investing in American businesses. The investments are made through regional centers, which act as a middleman between investors and developers.

The funds are generally structured as a loan at a much cheaper rate than a mezzanine loan, as foreign investors are willing to accept lower returns because they are also getting permanent residency status.

Major issues in the program have still yet to be resolved. One is the long wait time for processing EB-5 applications by the USCIS. Another is the caps imposed on certain countries. For China, the wait time for a new visa applicant can be up to 17 years, according to Suzanne Lazicki, who runs an EB-5 blog.

But the biggest issue is likely fraud. Numerous projects throughout the country have faced allegations of misleading investors. In one such example, Palm Beach developers siphoned off millions of dollars to pay for their lavish lifestyle including treating themselves to a 151-foot yacht named “Alibi.”

In New York, an EB-5 regional center sued Ian Schrager and the Witkoff Group, alleging that the developers diverted millions of dollars from the Public Hotel on Manhattan’s Lower East Side. Schrager and Witkoff’s attorney have denied the allegations.

Steve Polivy, chair of Akerman’s Economic Development and Incentives practice, said he is working with a developer seeking to use EB-5 in a historic rehabilitation project in the Bronx. He said the project plans to use it to fund 20 percent of the project’s capital stack.

“It’s really viewed as a replacement of the equity, not as a supplement to the debt,” said Polivy.

Attorneys say demand has picked up as government restrictions around Covid have ended. It’s just a matter of getting Congress to extend the program.

“We have clients ready to jump as soon as it gets resolved,” said Ronnie Fieldstone, an attorney at Saul Ewing Arnstein & Lehr who specializes in EB-5.