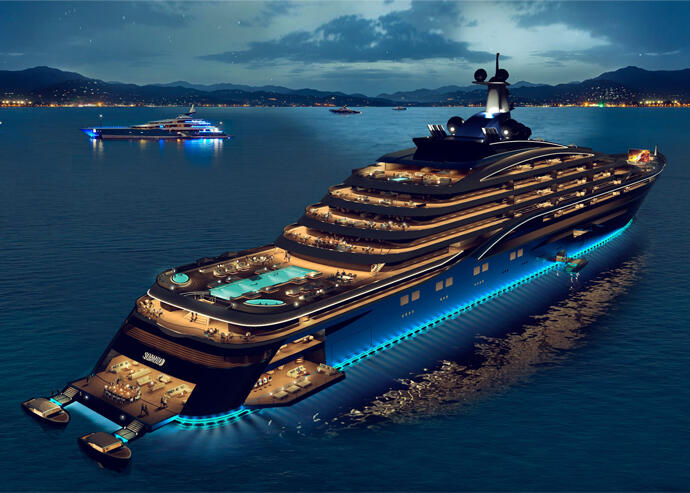 Is the 721-foot Somnio a superyacht or a cruise liner? Either way, condo sales have launched for the under-construction floating tower, and they’re going to cost a boatload.

Prices for the 39 units aboard the ultra-luxury vessel start at about $11 million, according to the Financial Times. Somnio, which will be the world’s largest superyacht, is scheduled for a 2024 launch.

Unit details were not released, but condo owners will have access to a 10,000-bottle wine cellar and other amenities similar to a luxury hotel or residence.

Somnio also offers “the intimacy of a private yacht alongside the chance to network in a vibrant community of like-minded owners,” its backers said, according to the report. It will be 131 feet longer than the current largest superyacht, Abu Dhabi royal family’s Azzam.

Private yacht sales hit an all-time high in May with 68 transactions after plummeting during the depths of the pandemic.

Unit owners will collectively decide on an annual itinerary for the ship. Marketing materials gave some possibilities, which include “a week in New York [and] expeditions in Antarctica.”