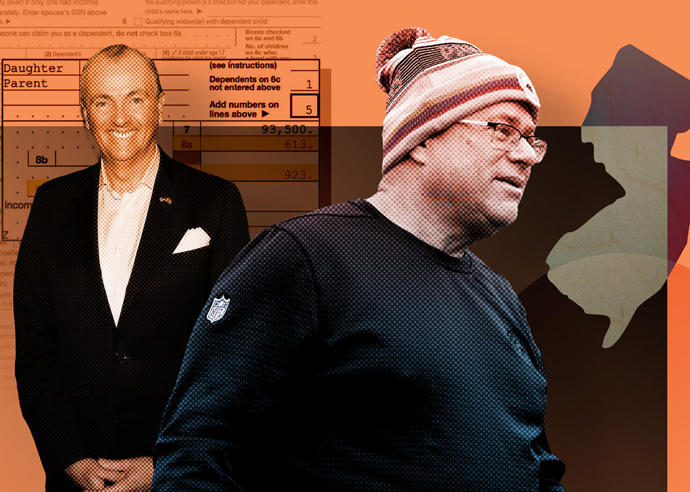 Does taxing the wealthy really drive them away? This year’s spring housing market came a couple of months later than usual to the leafy suburbs of New Jersey. But it was worth the wait.

Michele Kolsky-Assatly, a veteran agent with Coldwell Banker focused on Bergen County’s luxury market, has been busier than ever with the exodus of families from New York City.

“They never want to be locked up in a high-rise again,” Kolsky-Assatly said. “Die-hard New Yorkers, hedge fund Wall Street businessmen who never thought they would leave the city, are leaving or have left.”

If there were ever a time when a state could jack up income taxes on high earners without luxury-market brokers frothing at the mouth, this was it.

Last month, New Jersey slapped its top marginal rate of 10.75 percent — which had applied to those earning more than $5 million annually — on households making as little as $1 million. The 20 percent rate bump is retroactive to Jan. 1. Pushed through by Gov. Phil Murphy, it will generate $390 million a year for the state’s Covid-battered budget.

“The very high earners were already paying the high rate,” said E.J. McMahon, research director of the Empire Center for Public Policy, a think tank. “Now they’re hitting the mere million-dollar earners, who would be prime customers for luxury housing.”

So-called millionaires’ taxes sometimes draw howls from sellers of high-end real estate. But this one drew no great protest, in part because the pandemic has already put the market for larger New Jersey homes into overdrive. Moreover, Kolsky-Assatly said, the state’s high taxes are well known to homebuyers.

“The uptick of taxes on millionaires, I can’t see it hurting us, really, because the people that are buying are wealthy people,” she said. “I don’t know that that will take precedence over lifestyle.”

Space and privacy are the needs of the moment. Before the coronavirus, young families were flocking to transit-oriented neighborhoods with walkable downtowns. Now, however, they are seeking out suburbs offering more space to work from home. Single-family homes with backyards are flying off the shelves. Mansions that had been out of favor in recent years are selling, too.

In other words, the more expensive the homes, the greater the percentage increase in sales this year has been. (See chart.)

Upscale neighborhoods in eastern Bergen — such as Alpine, Tenafly, Cresskill, Demarest, Englewood and Englewood Cliffs — as well as Saddle River are among the popular destinations, Kolsky-Assatly said.

“Tax policies at this point pale in comparison to the broader effect of the pandemic on the real estate market,” said James Parrott, director of economic and fiscal policies at the Center for New York City Affairs at the New School.

People on the move

Critics of raising taxes on the rich warn that over time it will drive high earners to lower-tax states, depressing the luxury market. They note that moving is easier for the wealthy, who often already have homes in lower-tax states.

“The class of people we’re talking about have a second home,” said McMahon. “At the very least they have a Florida home, and if they’re skiers, a Colorado home.”

But advocates of millionaires’ taxes say wealthy families typically choose a primary residence based on what they want from their lives, not on tax rates.

Take billionaire David Tepper. The hedge funder was the wealthiest person in New Jersey when he declared himself a resident of zero-income-tax Florida in 2015, prompting some New Jersey lawmakers to say the state’s top tax rate, which had risen to 8.97 percent from 6.37 percent in 1996, was scaring off the rich. (Tepper’s mother and sister were living in Florida.)

But Tepper, who owns the Carolina Panthers, recently moved back to the Garden State. Upon his return, he reportedly called New Jersey Senate President Steve Sweeney and said the state could expect about $120 million in income taxes from him, according to media reports. Tepper could not be reached for comment.

New Jersey is hardly the first state to turn to millionaires during a budget emergency. New York enacted a new tax in 2009 to help fill a deficit caused by the financial crisis. The rate was set at 8.97 percent on all incomes above $500,000.

The measure was slated to phase out in three years to make it more politically palatable for legislators, notably the Republicans who controlled New York’s Senate, and perhaps so high earners would be less likely to relocate. But rather than let it expire, legislators extended it in 2012, lowering the rate slightly to 8.82 percent and sparing taxpayers who earned less than $1 million. It was later extended twice more, most recently through 2024, wiping out any notion that it is “temporary.”

But evidence that it would backfire has not materialized. Although Rochester billionaire Tom Golisano in 2009 changed his residency to his Florida home, declaring it would save him $13,000 a day, few magnates followed the Paychex founder’s lead, and revenue from high earners kept growing.

The total tax liability of those earning $1 million or more annually rose from $15.9 billion in 2012 to $19.3 billion in 2018, the most recent year for which data was available, according to Freeman Kloppott, a spokesperson for the state Division of Budget.

“Some people do move, but the net benefit to the taxing jurisdiction is that they see a pretty significant increase in revenue,” Parrott said of new taxes on high earners.

The millionaires’ tax itself nets New York state north of $4 billion every year, not including what New York City reaps from its own income tax of nearly 4 percent. The combined city and state tax rate on high earners, approximately 12.6 percent, still exceeds New Jersey’s new rate by nearly 2 percentage points.

New York last year also raised its mansion tax, which had been 1 percent for homes sold for more than $1 million. The change, applied only to New York City, adopted a sliding scale with the top rate of 3.9 percent for a home sale of more than $25 million.

The city’s luxury market boomed during the first five or six years of the millionaires’ tax, then ebbed in the second half of the 2010s. Jonathan Miller, CEO of appraisal firm Miller Samuel and the author of Douglas Elliman’s monthly market reports, said the new mansion tax in particular caused a “significant drop-off in higher-end sales” in the city.

“The reason for that is because the cost of living in that location became higher,” Miller said.

Miller cautioned that while he understands New Jersey’s immediate fiscal needs, the tax may end up negatively affecting the state’s long-term financial health.

“You’re going to drive away the higher-end tax base, which could have the impact of reducing demand for higher-end real estate, and taxes and other revenue that they generate for the state,” he said.

But studies have found New Jersey’s and California’s taxes on the rich have a small effect on their location decisions, said Parrott, noting that the analyses predate the federal tax reform that took effect in 2018.

His own review of the New York data found that after its millionaires’ tax was enacted, the number of high-income earners in the state rose in line with the increase around the country.

“It shows there are certainly some people who move in the wake of those changes,” Parrott said of the body of research. “We cannot pinpoint exactly how many.”

Potential buyers who pay attention to tax policy have more to worry about than New Jersey’s expanded millionaires’ tax, the Empire Center’s McMahon noted. If Democrats capture the White House and Senate, they are sure to raise taxes on the wealthy, which is part of Joe Biden’s platform, he said.

“Crucial aspects of tax policy as it affects those very people are completely up in the air now,” said McMahon.

Even if people react to New Jersey’s latest tax hike, the market will eventually adjust, said Greater Bergen Realtors’ Amsel. He recalled the impact of the federal tax overhaul’s capping of the state and local tax deduction on federal tax returns at $10,000.

When the SALT cap took effect in 2018, New Jersey’s luxury market slowed down for a while. It picked back up eventually, Amsel said, because families realized New Jersey’s public schools are still worth the fatter tax bills.

If and when the nation brings the coronavirus under control, the state’s millionaires’ tax will become part of the calculus for wealthy buyers deciding whether to move back to New York City, according to Jeffrey Otteau, president of the Otteau Group.

“At that point, the housing market will need to stand on its own two legs,” Otteau said. “The increase in purchasing demand in the suburbs is going to normalize. It’s going to slow down a lot. And the more urban real estate markets are going to recover.”