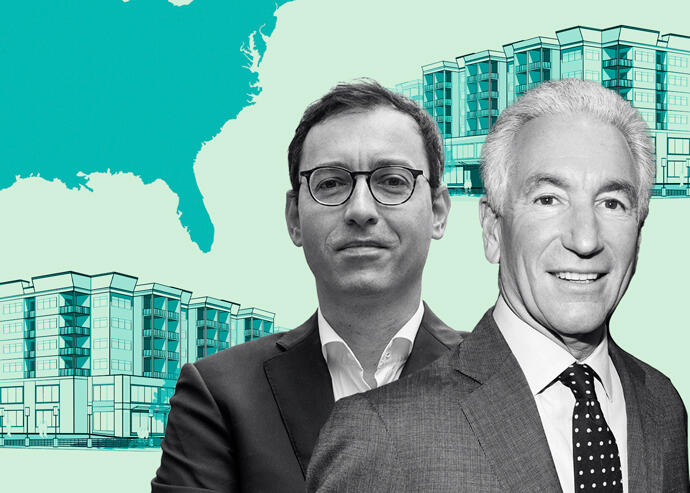 Kushner Companies is going all-in on the Southeast.

The real estate firm has acquired or signed contracts to snap up 2,500 apartments in Mississippi, Tennessee and Virginia in the past month. The overall price was about $400 million, according to Laurent Morali, the president of Kushner Cos., the Wall Street Journal reported.

The company turned its attention to buying apartments in small to midsize cities — including in the Southeast, where prices are less expensive — last fall.

Its recent deals include the acquisition of 1,200 units in Jackson, Mississippi for about $160 million. Average rents are $1,000 a month for a two-bedroom apartment and $900 for one-bedroom apartment, according to Morali.

Morali said Jackson was appealing because of its strong economy.

The firm is looking for deals in New York, but the market has been slow partly because of uncertainty created by the pandemic, according to Morali.

“We are looking for opportunities in New York,” he told the Wall Street Journal. “It’s just that there are few opportunities.”

The firm notably paid $1.8 billion for 666 Fifth Avenue in Manhattan in 2007, prior to the financial crisis. Brookfield acquired a 99-year lease on the property in 2018.

Kushner Companies is actively acquiring properties in South Florida. The company paid $20.5 million for a slice of an assemblage in Miami’s Edgewater neighborhood in June. In May, the firm won approval to bring a four-tower, mixed-use development to downtown Fort Lauderdale.

Kushner Companies was founded by Charles Kushner, the father of Jared Kushner, Donald Trump’s son in law who served as a senior advisor during his presidency. It is not clear what Jared’s role will be in the company going forward.

The firm and its affiliated companies were under heightened scrutiny during Trump’s tenure in the White House. In April, an administrative law judge found that an apartment management company tied to Kushner violated Maryland consumer protection laws for apartments in Baltimore by taking in debts without the required license, according to the Baltimore Sun.