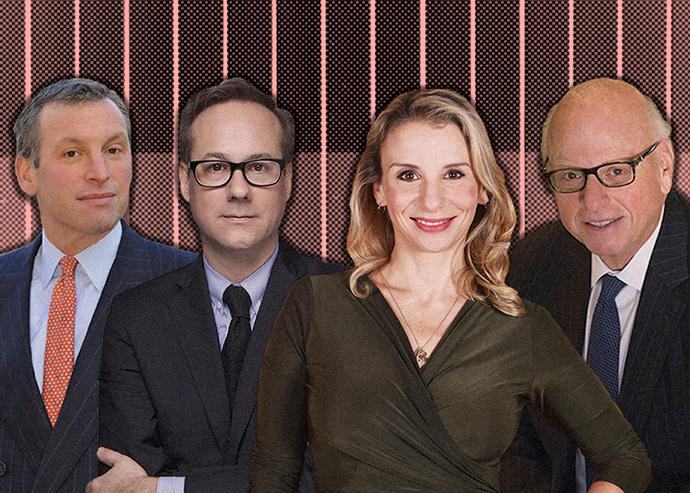 Many used terms such as “appalling,” “alarming” and “tragic” to describe the findings of the three-year investigation by Newsday. Some said they were a call to action, and urged the industry to do better. And one firm took exception to the probe.

The Real Deal asked 26 brokerages for their reactions to the article, and how they ensure agents comply with fair housing laws. Four declined to comment and 11 did not respond, but among the 11 who did, most expressed outrage at the race-based steering of homebuyers — including 49% of black shoppers — that Newsday discovered.

“It saddens me that in 2019 we live in a world where this is still an issue,” said Richard Grossman, president of Halstead Real Estate, who said he had been denied a rental apartment in the past because of his sexuality.

“If anyone in my office did it, I’d be like, ‘Get out,’” said Jed Garfield of Leslie J. Garfield, whose firm specializes in high-end townhouses. The only qualifier his team considers is whether the buyer has the money to close the sale. “I can’t have people be concerned about race,” he said. “We run a very capitalist shop here.”

“I reminded agents, if this was going on for three years in Long Island, it might have been going on in New York City, as well,” said Douglas Wagner, Bond’s director of brokerage services, who sent agents a bulletin with the article.

However, Douglas Elliman, whose agents were tested in the report, attacked the newspaper’s methods.

“Newsday’s report is an unreliable, unethical, and unscientific attempt to create a news story where there is none,” a representative for the firm said in an email. The firm has a mandatory agent training program that includes fair housing law, as well as a “zero tolerance policy” toward unfair and illegal treatment of any individual or group. Newsday said it used the same method that the federal government does, overseen and vetted by unpaid, outside experts.

The investigation revealed routine unequal treatment in Long Island, decades after the federal Fair Housing Act made it illegal to refuse to sell or rent a home to anyone because of race, disability, religion, sex, family status or national origin.

It noted that agents are required to complete 22 hours of continuing education — including three dedicated to fair housing — every two years to keep their licenses.

I reminded agents, if this was going on for three years in Long Island, it might have been going on in New York City, as well — Douglas Wagner, Bond’s director of brokerage services

Compass’ Leonard Steinberg said the findings underscore how important it is for agents to undergo training on the law. He called on the industry to self-regulate more than it does. “Laws without enforcement are pointless,” he said in an email.

“If you’re running a real estate company, you have to insist that your professionals treat everyone fairly,” said BHS CEO Bess Freedman. “You cannot tolerate anything else.”

Many New York City firms TRD spoke with said they worked closely with their agents to ensure compliance with the Fair Housing Law, and several reported holding periodic training sessions with attorneys and outside experts. Two firms said they even conducted in-house undercover testing of agents, similar to what Newsday did. “The tester goes through entire [sale] cycle,” said Andrew Eagle, COO of Bold New York, where testing is done about once a month.

At Bond, all new agents must undergo 90 minutes of fair-housing training, and the firm conducts monthly refresher courses. Monday’s email was intended as a stark reminder to agents to be vigilant about the law, said Wagner, adding, “It certainly reminded me, and I’m the guy that beats the drum.”

Warburg Realty made reading the story mandatory before a company sales meeting this week. “I just really want to be clear that there is no place for anything which in any way resembles this, here,” said CEO Frederick Peters.

While the Newsday probe focused on how brokers treated homebuyers of different races, minority buyers can encounter other obstacles later in the process. Of note, although New York City is often considered a bastion of liberalism, some of its toniest co-ops are notoriously insular.

Peters called it “tragic” that many co-op boards don’t realize the laws barring discrimination apply to them. (Boards are not required to disclose their reasons for turning down applicants.)

He said he’s intentionally kept Warburg small to ensure he knows its agents. “If the culture of a company is a no-tolerance culture, you end up with brokers who aren’t thinking it’s OK to do this,” he said. “There are companies where if you make money, they don’t care what you do.”

Many agents said they’ve witnessed bias or discrimination — both overt and subtle. Seth Levin, an agent at Keller Williams NYC, said he turned down a listing a few years ago when a client asked if he could rent her apartment “to someone who looks like you and me.”

His business has a “big international component” to it, and people frequently make assumptions about his buyers’ background and bank accounts. “You can’t judge people in general in this industry,” said Levin, who sold one of his priciest listings to someone who came to the apartment in flip flops, jean shorts and a tank top.

Sarah Saltzberg, principal broker and CEO of Bohemia Realty Group, said her firm trained agents on how to respond to questions that brushed up against fair housing rules. If asked who lives in a neighborhood, they are advised to answer, “People.”

“We tell them, if you have specific questions about crime you should contact the local police precinct because we cannot answer those questions for you,” she said.

She said agents are paired with a mentor for their first year at the company to ensure they act appropriately. “We’re constantly watching that one-on-one because we’re very hands-on with our agents,” she said.

Jason Haber, a Warburg agent, said he was “horrified” by Newsday’s findings, which he called a “black eye” for the industry. “We have an obligation to be better than that,” he said.