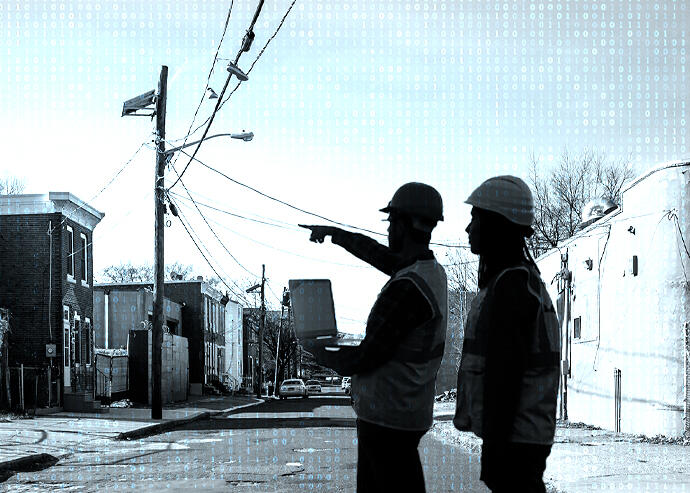 How technology can hold bad landlords and developers accountable Venture capital is flowing into proptech, providing developers and property owners with a seemingly endless stream of new solutions to increase the efficiency of everything from collecting rent payments to coordinating projects.

Residents are now developing their own tools to fight back, particularly against slumlords.

Groups are popping up across the country with technology meant to hold bad landlords and developers more accountable, according to Bloomberg CityLab. Efforts include improving transparency about development sites left to languish and uncovering landlords leading pushes for evictions.

In Baltimore, scannable QR codes are being added to 17,000 vacant properties, directing smartphone users to information on the property owner and what’s happening with the project.

Blight texting began in Detroit in 2013 after a local software company now known as Regrid began collecting data on vacant parcels in the city. The Motor City Mapping project spun off of that work, sending volunteers across the city to take photos and log the conditions of properties, which then went into a public database.

Another problem the Motor City Mapping project is helping address is property tax foreclosures. An initiative called Neighbor to Neighbor pulls from Regrid and Motor City Mapping to identify properties in danger of foreclosure. Last year, the collaboration sent canvassers to 60,000 tax-delinquent properties to warn residents and educate them about ways to avoid displacement.

The Anti-Eviction Mapping Project has a similar charge. Founded in San Francisco in 2013, the project offers digital tools for users to see where eviction cases are taking place and which landlords are responsible for them. The suite of tools also identifies rental homes owned by REITs that can be difficult for tenants to research on their own.

While technological advances will continue to help homeowners and citizens, CityLab reports that there are drawbacks. For starters, information is becoming more accessible, but insights yielded by the solutions don’t always wind up in the hands of their intended recipients. Additionally, the information is as accessible to homeowners as it is to landlords and developers, who may be able to use it to take advantage of distressed properties.