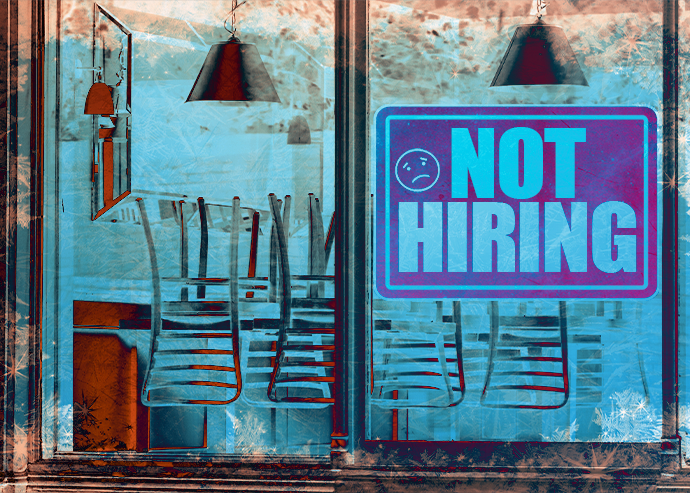 Recovery is still extremely hindered in the leisure and hospitality sector (iStock; Photo Illustration by Steven Dilakian for The Real Deal)

The Delta variant continues to stall recovery in the hospitality sector, as hotels, restaurants and bars added a mere 31,000 jobs to the U.S economy in September after a net gain of zero jobs in August.

The primary driver of job losses during the pandemic, the broader leisure and hospitality sector added 74,000 jobs as arts and entertainment venues reopened, but a slow rebound in hotel hiring contributed just 2,100 of those jobs.

Overall employment in leisure and hospitality remains down 9.4 percent since the start of the pandemic, according to monthly figures released Friday by the Department of Labor.

“The ongoing decline in the unemployment rate, and the rise in wage growth, is good news for the housing market, as it will continue to support strong housing demand,” said Mike Fratantoni, chief economist at the Mortgage Bankers Association.

The unemployment rate fell to 4.8 percent from 5.2 percent, which Fratantoni expects will lead the Federal Reserve to taper its monthly asset purchases.

“This will likely lead to modest increases in interest rates, putting additional pressure on housing affordability at a time [when] home-price appreciation is still very high,” he said.

The return to the office, however, stalled in September as 13.2 percent of employees continued to work from home, little changed from August.

The private sector added 317,000 jobs in September, and a revised 366,000 in August. Last month saw the slowest rate of hiring this year, with a record 10.9 million current job openings.