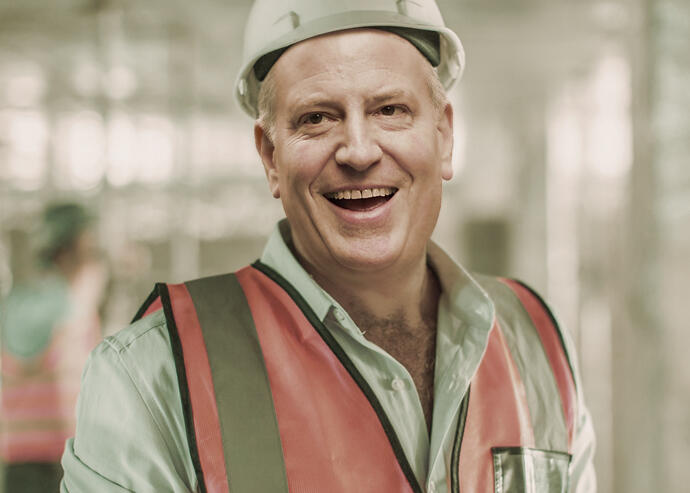 The couple’s three-story Park Slope home is getting an addition across the two bottom floors and a total renovation inside and out, according to the New York Post.

They’re set to leave the mayoral mansion at the end of de Blasio’s term at the end of the year. His administration is making a push to see through some rezonings before he’s out of office.

Temporary plywood construction fencing has been placed around the property. City-mandated informational signs describe the work as “commercial” and show plans for the renovation.

A city building permit also describes an addition to be added at the rear of the townhouse.
A subcontractor working on the job said the house will get a paint job, floor molding, windows, and siding.

McCray and de Blasio rented out the house while they lived at the Gracie Mansion after de Blasio took office in early 2014. Renting out the home brought in $54,000 last year, according to the Post. The home is currently unoccupied.

They also own a rowhouse at 384 11th Street in Park Slope, which they rent out as well.