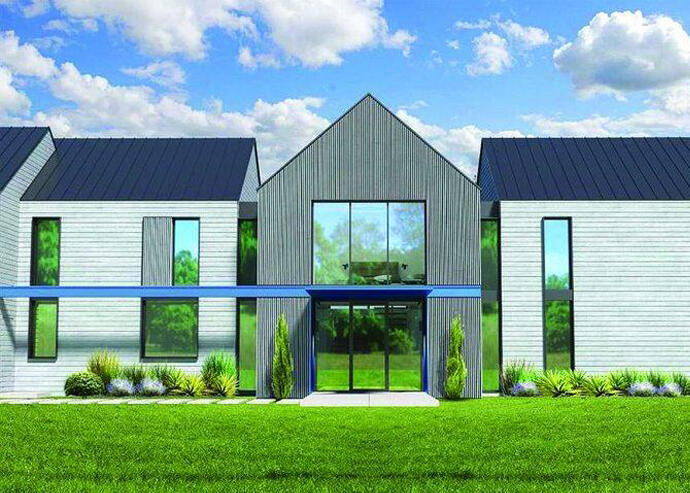 Think buying in the Hamptons is tough? Try building When it comes to trophy homes, Hamptonites tend not to trust anyone’s taste but their own. There is always a market for spec homes, custom builds and extensive renovations. In addition, New Yorkers have been fleeing the pandemic, and lockdown-weary residents are eager to enhance their abodes with home gyms and wine cellars. As a result, there’s a booming market for the new.

“New construction is selling at a 25 percent premium to 18 months ago,” said Corcoran agent James Peyton, who represents many new builds and spec homes in the area. “These properties are making deals pre-construction or very shortly into the construction phase.”

At Long Island’s largest homebuilder, the Beechwood Organization, principal Steven Dubb is renovating Southampton’s former Village Latch hotel into townhouses. The historic Terry Cottage on the property, said to be designed by Stanford White, is being renovated on spec. Sitting on less than an acre of land, it is asking a cool $7 million.

“The housing market continues to be strong on the East End,” Dubb said. “There appears to be enough demand to absorb the current levels of spec construction. We don’t see it stopping.”

Ray Harden, a co-owner of Ben Krupinski Builder, is also seeing a surge in renovations as clients spend more time in their Hamptons homes.

“I think with the extra time they are spending here, they are looking at different ways to renovate or improve their homes,” he said. “Home gyms and offices are popular renovations now.”

There’s just one problem: the skyrocketing costs of building materials and shortages of everything from electrical supplies to PVC.

Take lumber. For several years, 1,000 board feet of lumber has cost $200 to $400. It’s now well above $1,000. The average new single-family home requires about 16,000 board feet of lumber, which now costs about $36,000 more in wood than it did a couple of years ago. Of course, Hamptons homes are often many times the average size. Does that increase matter in a property costing millions?

“Costs for building materials have more than doubled in the past year,” Dubb said. “We can absorb the increases up to a point. Naturally, and to the extent the market will allow it, the cost of buying a new home will increase.” Unfortunately, pretty much everything is in short supply. The Institute of Supply Management, which polls its members on supply chains, is reporting widespread shortages of electrical equipment. “Things are now out of control,” one respondent wrote in its February report. “Everything is a mess, and we are seeing wide-scale shortages.”

The situation isn’t any better for wood products. “Prices are rising so rapidly that many are wondering if it is sustainable,” another respondent wrote. “Shortages have the industry concerned for supply going forward, at least deep into the second quarter.”

How did this happen? Sawmills have been closing ever since the Great Recession, a trend that the pandemic initially accelerated. The lumber industry dialed back production, thinking demand would fall. Instead, it soared as homebound Americans rushed to rebuild their decks and homebuilders ramped up production.

This resonates throughout the entire building industry. Just try to find cedar stockade fencing, for example. Spruce fencing, which is less durable, now costs more than cedar did three years ago.

“Material costs are off the charts, which results in higher construction costs” said Harden. “It’s very hard to give a firm proposal on a project because the material cost could change in a week. This is across the board. It’s not just lumber; it’s electric, plumbing and so on. Some clients understand and others not so much.”

Pandemic-related disruptions to the supply chain have caused lengthy delays in the completion of new homes, as builders wait for items such as appliances, tile, wood flooring and HVAC equipment, Dubb added.

Another essential ingredient in short supply is the most elemental one: land. As builders struggle to maintain their margins against its rising cost, home pricing will increase as well, he said.

“Land prices have been eclipsing new construction sales over the last 24 months and squeezing the margin from the spec homes,” said Peyton.

There is increasing competition for land from end users who would be buying new homes if more were available, and getting permits in the Hamptons takes twice as long as it once did, Peyton said. “Combined with increased materials and labor cost, that will cause retail home prices to continue to drift higher, probably about another 10 percent,” he said.

“All will set the bar for design and amenities,” he said — quite a claim in an area where a high bar is de rigueur. For example, 12 Eileen’s Path will feature not only a gym but also a “wellness center,” complete with a sauna and steam shower.

The estimate for the new gym in your trophy home just went up. For the sauna, though, you might have to wait on the cedar.