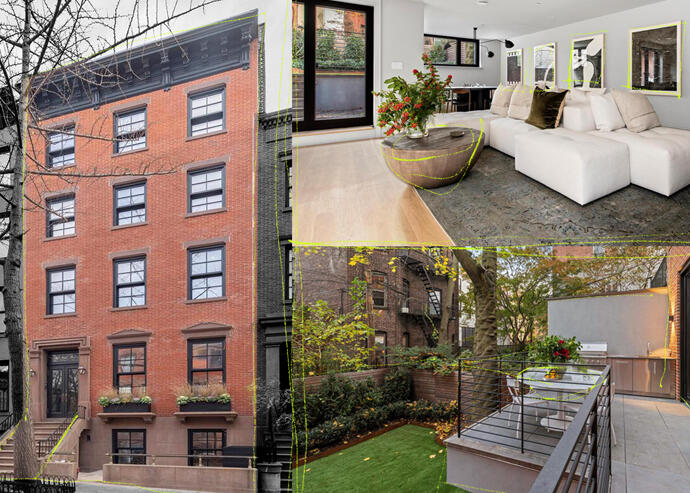 This Brooklyn Heights home went into contract at $2,184 per square foot. (Compass)

After a slightly slower week, Brooklyn’s luxury real estate market got a boost — driven, in part, by one pricey property going into contract.

Thirty contracts were signed last week for properties asking $2 million or more, with a total sales volume of $92.7 million. That’s up from 22 deals totaling $64 million the week before. Townhouses claimed the most expensive spots on the list, but more condos went into contract: There were 16 conjdo deals, 13 townhouse deals and just one co-op deal.

The most expensive property to go into contract was a five-bedroom, seven-bathroom townhouse at 271 Hicks Street in Brooklyn Heights. The 6,354-square-foot home was last asking $13.88 million, or $2,184 per square foot. It dates back to the 19th century but was recently renovated to conform to passive house standards, with triple-pane windows and fresh filtered air, among other eco-friendly perks.

The second-priciest listing was a townhouse at 223 Boerum Place that was last asking $4.5 million, or $1,668 per square foot. The four-story, 2,696-square-foot Boerum Hill homes was built in 1920 and has four bedrooms, four-and-a-half bathrooms, a home office and an excavated cellar and recreation space.

The median asking price for all properties was about $2.55 million, with an average price per square foot of $1,335. The average discount dropped to zero percent, down from three percent the week before.