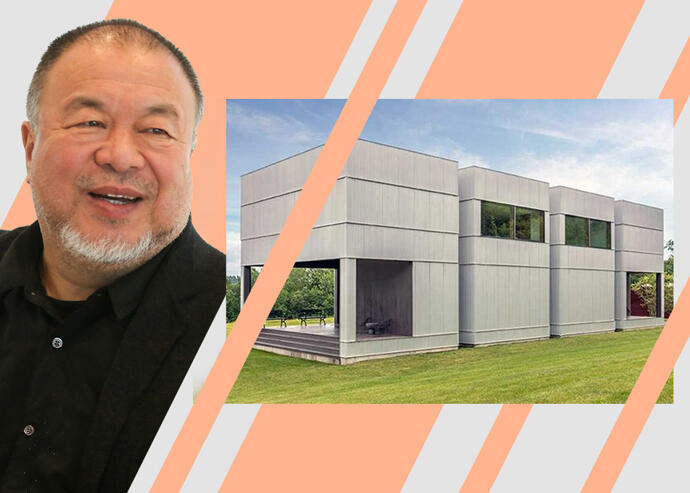 The first and only private U.S. residence designed by Chinese artist and activist Ai Weiwei has sold for nearly $5 million.

Located at 708 New Forge Hallow in Taghkanic, New York, the three-bedroom, three-bathroom house is known as the Tsai Residence — for art collector Christopher Tsai, who originally commissioned the house.

In 2013, Tsai sold the Columbia County home to unidentified buyers for $4.25 million.

The home consists of four modules connected to each other. The property includes a Y-shaped guest house with two bedrooms and two bathrooms.

Built in 2006, the 3,509-square-foot-property sits on 37 acres and features a heated pool and three fireplaces.

Demand for suburban and upstate New York homes rose during the pandemic, as New Yorkers sought spacious primary and secondary residences where they could work from home.

Westchester, the primary northern suburb, saw a 37 percent year-over-year increase in the number of homes sold during the first quarter of the year. The median home prices also climbed, reaching $690,378 — a 13 percent increase from the year prior, according to a report by Douglas Elliman.