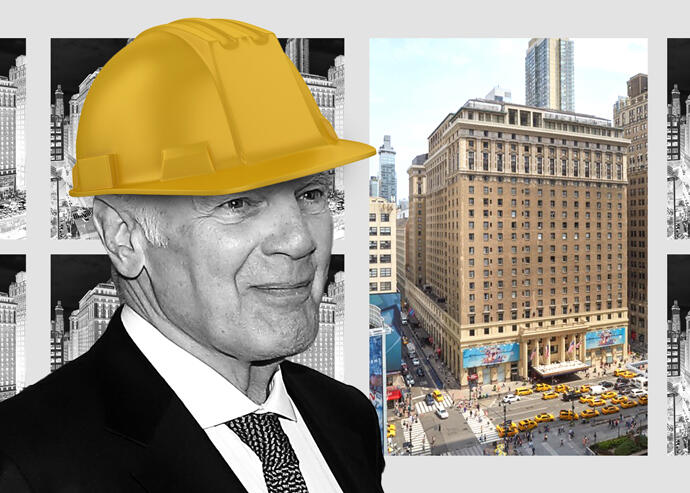 Manhattan’s Hotel Pennsylvania is once again facing the wrecking ball.

Vornado Realty Trust CEO Steven Roth told the REIT’s shareholders in his annual letter that the company plans to “permanently close and raze the hotel to create the premier development site in town,” Bloomberg News reported.

“This decision was inevitable,” Roth said in the letter. “The Pennsylvania may have been a grande dame in its time, but it is decades past its glory and sell-by date.”

When Hotel Pennsylvania opened in 1919 at 401 Seventh Avenue, it was the biggest hotel in the world, according to its website.

Vornado has considered demolishing the hotel several times since it bought the property in 1997. But concrete plans to replace it with another building never materialized. Most recently, the developer said it wanted to build a 1,200-foot skyscraper with the dubious name of PENN 15.

Roth’s recent announcement came one year after the pandemic forced the hotel to close.

Vornado also announced its plans to separate its planned developments around Penn Station — including the Hotel Pennsylvania site — through a new tracking stock. The measure would allow investors to specifically invest in the “higher growth but longer-term” Penn District properties.

The recently approved state budget includes $1.3 billion for the development of the area around Penn Station, though the use of those funds will be restricted to transportation improvement projects, rather than the ambitious office and residential megadevelopment envisioned by Gov. Andrew Cuomo.