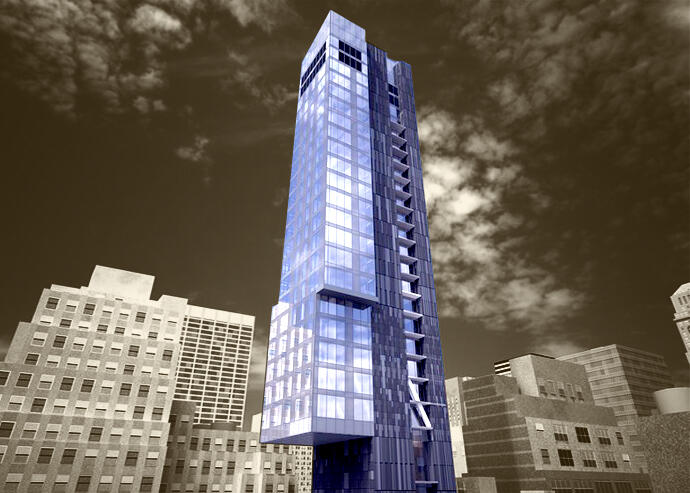 An architectural oddity is set to rise above Bryant Park.

H Hotel purchased air rights for $11 million to build a massive cantilever — a horizontal extension secured at just one end — at its development site at 58 West 39th Street.

The agreement for air rights was signed in early March and recorded in April, according to property records.

The cantilever, which will be a third of the hotel’s width and a quarter of its overall area, will extend out from the H Hotel over the roof of the Refinery, developed and opened in 2012 by Charles Aini.

Peter Poon is the architect of record for the project. The firm and Aini did not respond to requests for comment.

H Hotel received a $13.5 million gap mortgage loan from Shanghai Commercial Bank at the same time it purchased air rights for its cantilever, according to property records.

More than 21,000 hotel rooms are under construction in New York City, according to data firm STR. In Las Vegas, the next most active market, 8,500 rooms are being built.

Overall, new hotel construction is below pre-pandemic levels, although more rooms reopened in the first quarter in the U.S. than in any other country.

Lenders’ appetite for new capital expenditures has been dampened, according to Emanuel Grillo, a financial restructuring attorney at the law firm Baker Botts. There is plenty of inventory to absorb customers’ gradual return to travel, Grillo said.