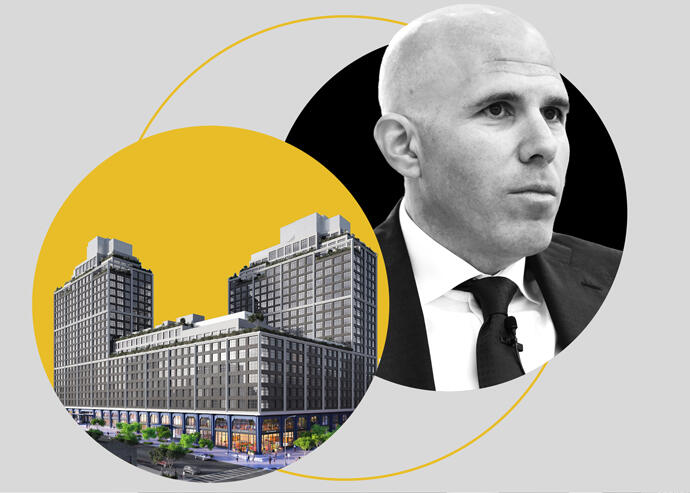 As New York rents’ nosedive shows signs of leveling off, a big apartment deal in Brooklyn might brighten investors’ spirits.

RXR Realty is in contract to buy the rental portion of CIM Group and LIVWRK’s Dumbo luxury development at 85 Jay Street for $220 million, sources familiar with the sale told The Real Deal.

It’s the first big deal for a market-rate rental building to come up for sale and go into contract since the pandemic started last spring — and an encouraging sign for New York real estate pros looking to get back to the city’s wheeling-and-dealing days. Representatives for RXR Realty, CIM Group and LIVWRK did not immediately respond to requests for comment. The property was marketed by a Cushman & Wakefield team led by Adam Spies and Doug Harmon, who declined to comment.

The contract price works out to $687,500 per unit for the new, 320-apartment building that will be delivered vacant in September. Adam Doneger, Marcella Fasulo, Michael Collins and Dan O’Brien are part of the Cushman & Wakefield team that marketed the property.

CIM Group and LIVWRK developed the rentals as part of a 1.1 million-square-foot building that includes 131,000 square feet of retail and 408 condominiums, which are not part of the sale to RXR. The developers put the property on the market earlier this year expecting $235 million. And while the contract price came in 6 percent lower, the big-ticket deal is seen as a shot in the arm for the sluggish investment sales market, which takes its cues from the ebbs and flows in rents.

Lease signings have been on the rise in Manhattan and Brooklyn since the fall, giving landlords hope that things are turning around. Median rents are still falling, but the rate of decline is easing and the new rental activity points to prices stabilizing.

Rechler’s RXR Realty has been focusing lately on New York City suburbs such as Westchester, Long Island and northern New Jersey, capturing demand from New Yorkers leaving the city before and during Covid.