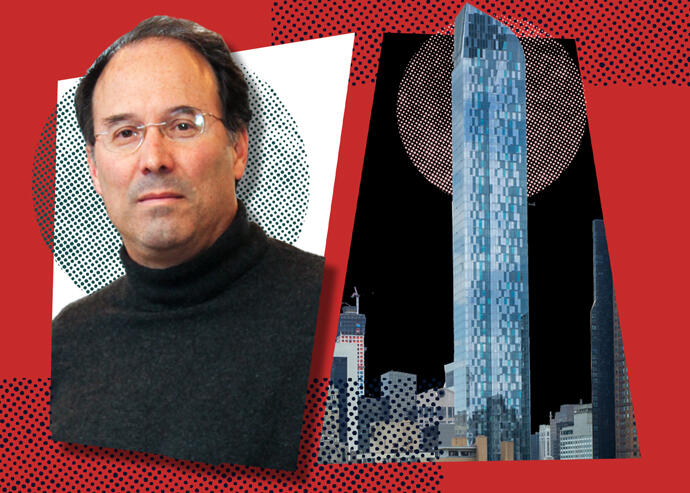 Extell’s Gary Barnett and One57 (Getty)

This may be the year Gary Barnett’s groundbreaking Billionaires’ Row tower finally sells out.

There are just five unsold units at One57 after two contracts were signed in the first quarter of 2021, according to a report filed with the Tel Aviv Stock Exchange early Monday. That makes the project — the first supertall to rise along the southern edge of Central Park and break price records — 90 percent sold after years of slow sales.

Across Extell Development’s entire portfolio, buyers signed contracts for $260 million worth of units during the first quarter, according to the report. Projects included in Israeli investors’ holdings only saw $190 million in contracts signed.

The filing broke down the sales activity at the developer’s other high-profile projects.

At Central Park Tower, Barnett’s sequel to One57, there were 15 transactions — noted as “signed contracts and pending ones” — in the first three months of the year. Twenty contracts were signed at Brooklyn Point, which handed sales and marketing over to celebrity broker Ryan Serhant’s new firm in the fall. There were 10 contracts inked at One Manhattan Square on the Lower East Side, and eight contracts at Lofts at Pier Village at the Jersey Shore.

Extell also disclosed in the filing that it expects $250 million worth of contracts to be signed in April alone, $210 million of which would be at projects for which the developer issued Israeli bonds. The company attributed that uptick to New Yorkers returning to the city, a “rapid vaccination campaign” and price adjustments.

Barnett noted in a separate statement that “we are one of few developers that can offer opportunities at various price points across the city and other markets throughout the country.”

He pointed to The Kent, an 83-unit condo on the Upper East Side, where Extell is giving prospective buyers 20 percent off select apartments. The developer said there’s only one unit — a duplex penthouse — left at 1010 Park Avenue, and one unit at Four Seasons Vail.

The announcement comes as Extell has been raising money and making sales of its own. In February, the developer sold a $300 million stake in a rental portfolio and a West 57th Street office building for $26.7 million. The month before, the company secured $380 million in mezzanine financing for Central Park Tower.