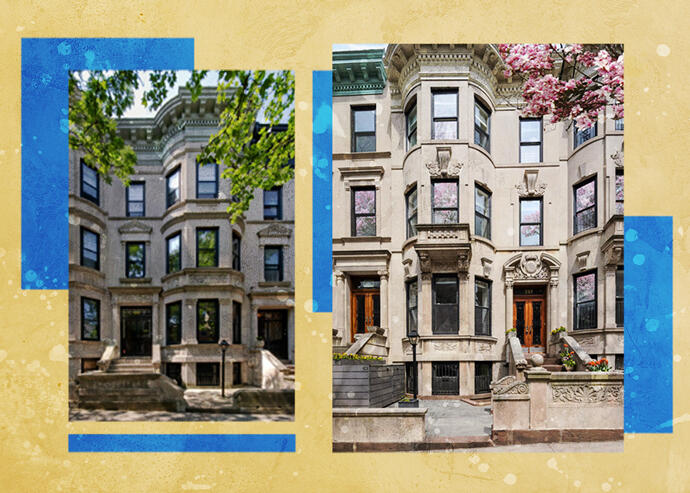 The two townhouses — both on 1st Street — topped last week’s list of homes asking $2 million or more in Brooklyn, according to Compass’ weekly report on the borough’s luxury market. The list saw contracts signed for 19 townhouses, nine condos and one co-op.

The most expensive property on the list was 552 1st Street, which went into contract with a last asking price of nearly $10 million, or $2,032 per square foot.

The 4,920-square-foot townhouse has five beds and four-and-a-half bathrooms and features a center staircase and library/den.

The second priciest listing was just a few doors down at 555 1st Street, with a last asking price of 5.5 million, or $1,143 per square foot.

The 4,810-square-foot four-story home is similar to its neighbor, with five bedrooms and four-and-a-half bathrooms. It features a private garden and a terrace on the third floor.

Across all luxury deals, the average discount rose to 4 percent last week, up from the previous week’s 0 percent. The median asking price was about $3 million with an average price per square foot of $1,121.